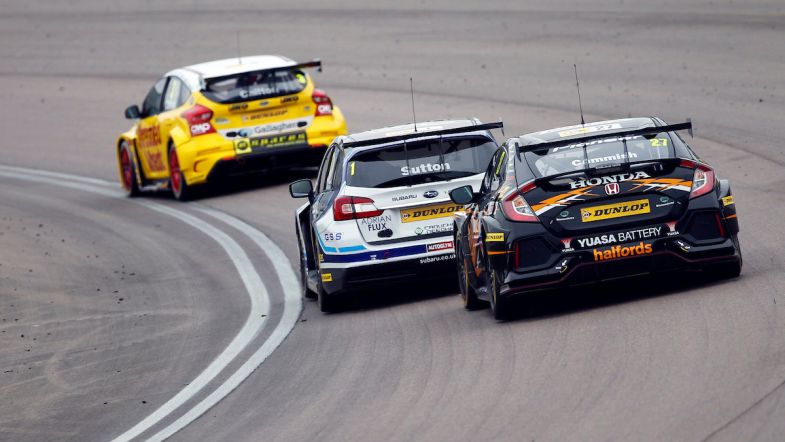 Honda driver Dan Cammish has been hit with two penalties following the latest rounds of the BTCC season at Rockingham, although only one will count as a strike towards his seasonal total.

Cammish was hit with a fine of £1,500 by stewards as a result of an interview with series broadcaster ITV following Saturday’s qualifying session which was deemed to fall foul of the regulations – with the series rookie having been angered by the way in which his bid for pole position had been affected by traffic.

On track, Cammish was then handed a reprimand and two penalty points for the incident in the opening race of the weekend that saw Sam Tordoff tipped into a spin at turn two – putting him on two strikes for the season.

James Cole was given a similar penalty for a similar incident with Tom Oliphant and is now also on two stikes, with Ricky Collard penalised for overtaking under yellow flags. Rob Austin was given a verbal warning but not a strike for an incident with Ollie Jackson.

There were no penalties handed out over race three – only the second race this season to pass without a penalty of some form.