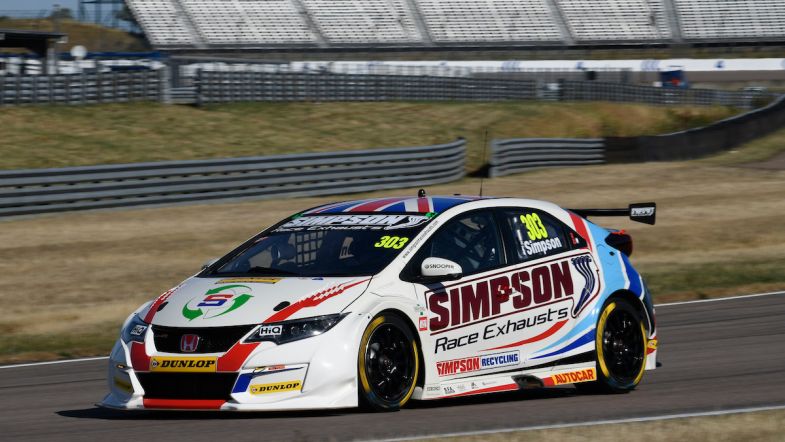 Eurotech Racing has announced that is has split with driver Matt Simpson with immediate effect following the latest rounds of the BTCC season at Rockingham.

Jeff Smith’s team took over the running of the Simpson Racing Honda Civic Type-R at the start of the season, with the car having been run by Team Dynamics last year.

Simpson went on to snare a maiden pole position at Oulton Park before converting it into a maiden victory the following day, whilst he secured his second podium finish of the year at Rockingham with third place in race three.

Following the split, Simpson’s car will now be run in-house by his own team for the remaining three rounds of the year.

“Having helped Matt to his best ever season in BTCC we were completely shocked to be told that he no longer wanted to run with us, especially immediately after the podium in race three,” Smith said.

“Whilst we are disappointed not to be running Matt for the rest of the 2018 season we wish him the best of luck in the remaining three rounds and beyond.”

Simpson Racing was already the holder of the TBL under which the car was being run.