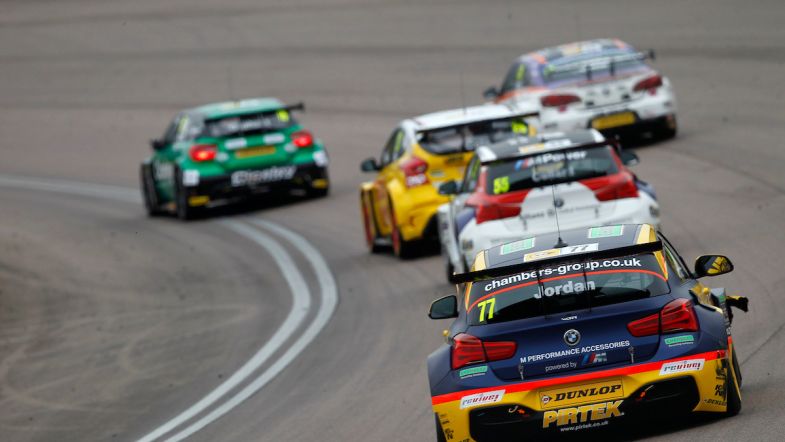 The British Touring Car Championship has raced at Rockingham for the final time after the announcement that the circuit has been sold to a new owner.

The Corby venue had been up for sale since 2016 when owners BeLa Partnerships were placed into administration.

Speculation as to the long term future of the venue increased when it was missing from the BTCC calendar for the 2019 season, whilst there was also no round at Rockingham on the British GT Championship schedule when it was released late last month.

Rumours over the course of last weekend’s BTCC meeting suggested that a decision over the future of the venue was imminent, with staff having been called to a meeting at which further information would be released.

Following that meeting, it was confirmed that the circuit has now been purchased by an as-yet-unknown buyer, and that all racing activities will come to an end at the conclusion of 2018.

“A sale of RMSL has recently completed, so we are now able to provide some clarity on the changes that will follow as a result of business plans of the new owners,” a letter from CEO Peter Hardman read. “The most significant change will be the cessation of all motorsport, corporate and retail related business from the end of 2018.

“However, we would reassure you that these changes will not impact any aspect of events scheduled to run during 2018, nor the opportunity to deliver any further events this year. Until the end of the year, the Rockingham team will remain 100% committed to delivering the venue and associated services as professionally and proudly as ever before.”

Opened in 2001 by the Queen, Rockingham was originally designed to host US Oval racing, with two rounds of the CART series – the Rockingham 500 – taking place in 2001 and 2002 before the British meeting was moved to Brands Hatch in 2003.

They would prove to be the only two international events to make use of the oval, which would instead be used for the now-defunct ASCAR series as well as Pick-Up Truck racing, with most racing activities instead using the various infield circuit layouts.

As well as the BTCC and British GT, British F3 and the British Superbike Championship hosted events at the circuit alongside various club level series, with Rockingham also used extensively by a raft of different businesses for non-racing activities.