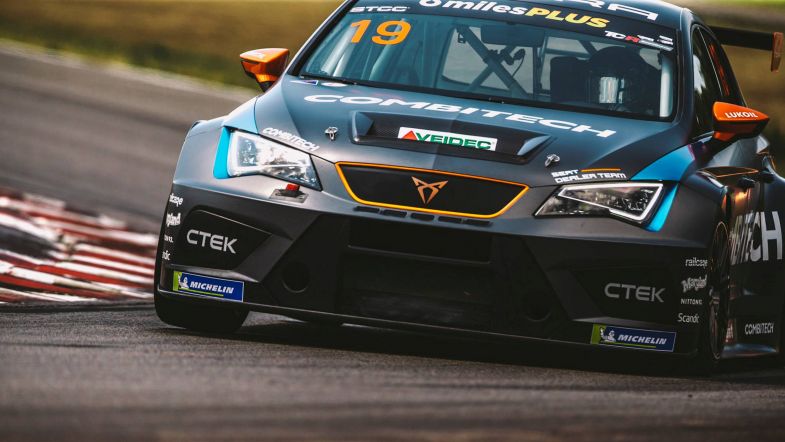 Mikaela Åhlin-Kottulinsky has become the first female winner of an STCC race and a TCR series race outright after a lights-to-flag display in the second race at Gelleråsen Arena, with the Cupra TCR driver finishing ahead of Honda’s Mattias Andersson.

Åhlin-Kottulinsky launched into the lead into Turn 1 while Andersson made a rocket getaway from fourth in his Honda Civic TCR to head into the first corner in second place.

The two began to pull away from Oliver Söderström’s Lestrup Racing Volkswagen GTI TCR who was under attack from the WestCoast Racing Volkswagen of Fredrik Ekblom, until Ekblom went wide on lap three and rejoined in last place.

Johan Kristoffersson, just confirmed during the race as the revised winner of Race 1, overtook Söderström at Hårnålen with Söderström’s team-mate Andreas Wernersson moving past as Söderström dropped down the order.

Kristoffersson then closed on Andersson’s Honda but ran out of time to pass the Honda driver, while Åhlin-Kottulinsky powered to victory three seconds clear of the fighting pair.

Kristoffersson now jointly leads the championship with Robert Dahlgren, heading to the next round at Rudskogen in Norway in three weeks’ time.