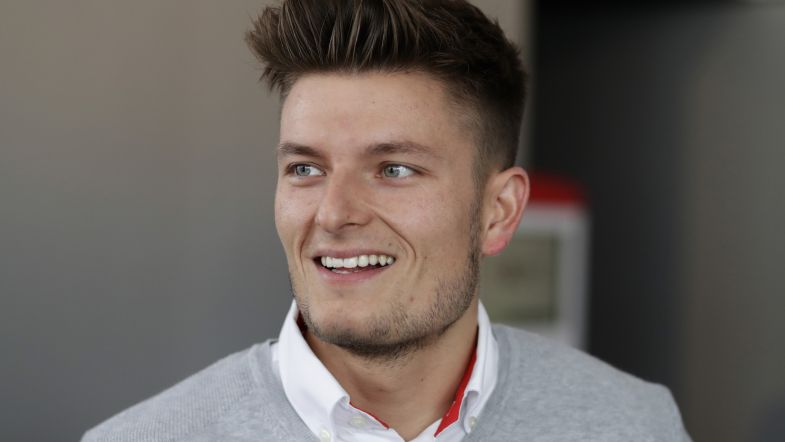 Josh Caygill will become the latest driver to debut in the BTCC this season when he joins the grid at Silverstone this weekend at the wheel of one of the AmD-run MG6 GTs.

The 29-year-old Yorkshireman will partner Rory Butcher for the final two rounds of the campaign in what will be his first foray into touring car competition.

Caygill, who started his career on two wheels, previously raced in the VW Cup and the Audi Sport TT Cup before switching to sportscar racing in the Blancpain GT Series, where he took victory in the Silver Cup category at Brands Hatch earlier this year in a Team Parker-run Bentley.

Caygill sampled the MG for the first time during a day of testing at Snetterton on Friday and will now hope for a trouble free debut on track during the weekend ahead.

“I’m over the moon to have agreed a deal to join the team for the final two rounds of the season,” he said. “The BTCC is a series that I have wanted to compete in for a long time but the right opportunity has never come along before. When this chance arrived, I grabbed it with both hands.

“Having had chance to sample the MG last week, the car felt really nice, even though the rear end was a bit lively, and it was good to be back in front-wheel drive having spent the last few years in GT machinery.

“I’m open minded about the weekend ahead and my only aim is to go out there and do my best. I want to enjoy myself and if we come away from Silverstone with a good result on the board, then I’ll view it as a bonus at this stage

“For me, these two rounds are an opportunity to see what the BTCC is all about and if it works for both me and my sponsors, then it is certainly something I’d look at for 2019.”