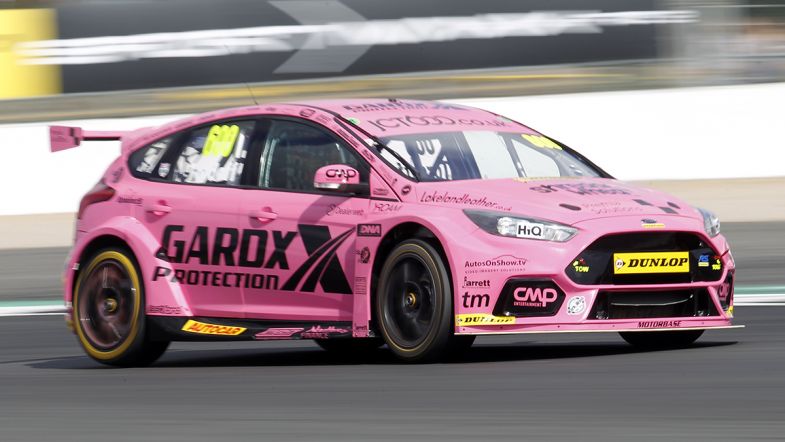 Motorbase Performance’s Sam Tordoff has taken his first pole position since Croft in 2015 at Silverstone, outqualifying the West Surrey Racing BMW of Ricky Collard, while the main championship contenders struggled.

Tordoff’s best time of 58.323 was set in the first ten minutes of the session, as the first of the front-wheel drive cars to move ahead of the West Surrey Racing BMW trio, with team-mate Tom Chilton briefly holding second position.

The two Motorbase cars were later split by an improvement by Ricky Collard, who was 0.018 seconds slower than Tordoff and safely secured a front row starting position in only his third BTCC event.

One second covered the top 29 cars in the session, with only the championship’s newcomers Josh Caygill in the AmD Tuning MG 6 GT and Ethan Hammerton in the Team Hard Volkswagen outside of the one second barrier.