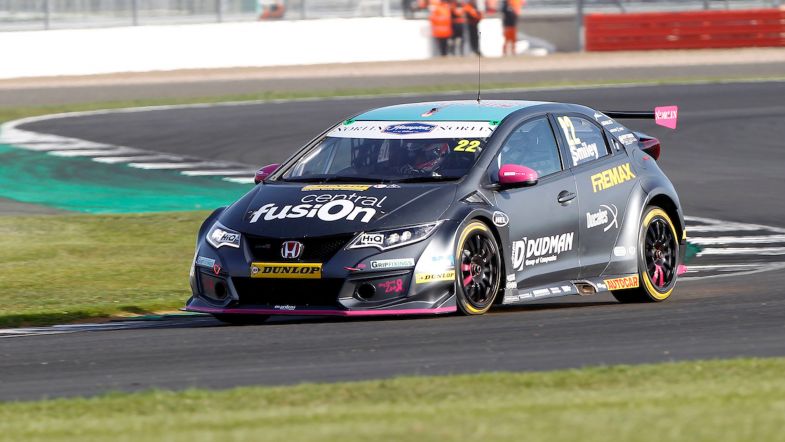 BTC Norlin Racing’s Chris Smiley and Team Hard Volkswagen driver Mike Bushell have been banished to the back of the grid for the second race of the weekend at Silverstone, after both drivers picked up their third sporting warnings of the season in Race 1.

Bushell made contact with the rear of Rob Austin’s HMS Racing Alfa Romeo Giulietta TCR on lap two, which propelled Austin into a spin at Maggotts where he collected the Team Dynamics Honda Civic Type R FK8 TCR of Matt Neal, with Neal forced to retire with damage.

Smiley was then penalised after an incident with the Power Maxed Racing Vauxhall Astra of Josh Cook on lap four, when he collected the championship contender while avoiding the recovering Alfa of Austin.

As each driver’s penalty was their third infraction of the season, it means they’ve been sent to the back of the grid for the next race, which begins at 14:40 BST (15:40 CEST).