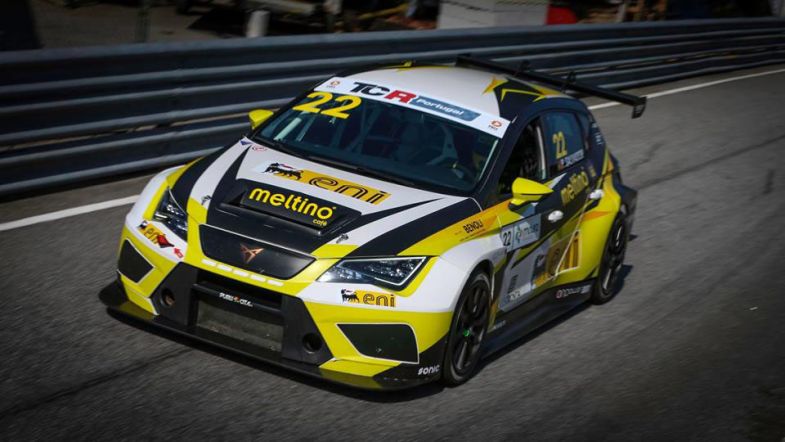 Pedro Salvador remained unbeatable at Braga in the third round of the TCR Portugal series, taking the victory in Sunday’s Race 2. The Cupra driver also scored the fastest lap of the race and has strengthened his lead in the championship.

Salvador took advantage of his pole position to take the lead at the start, with Rafael Lobato, who shares Sports & You’s Peugeot 308TCR with Francisco Abreu, taking second place from Francisco Carvalho who drives a Audi RS 3 LMS.

Manuel Giao, at the wheel of his Kia Cee’d TCR, also overtook Henrique Chaves, who was making his debut in the TCR Portugal series this weekend. sharing Team Novadriver’s Volkswagen Golf GTI TCR with Armando Parente.

Positions remained unchanged for the remainder of the race, with Lobato finishing in second place and Carvalho completing the podium in third.

Giao was fourth ahead of Chaves, with the debutant the last classified driver after Joao Sousa (SEAT León Supercopa MK2) failed to start the race.

After completing the third round of the season, Salvador leads the championship on 153 points, 49 ahead of Abreu and Lobato, and 50 over Carvalho. With the series’ regulations only taking into account the results of the best six races for each driver, Salvador will only need to take part in the next race weekend to clinch his first title in the TCR Portugal series.

The final round of the TCR Portugal series takes place at Portimao from on October 26th-28th.