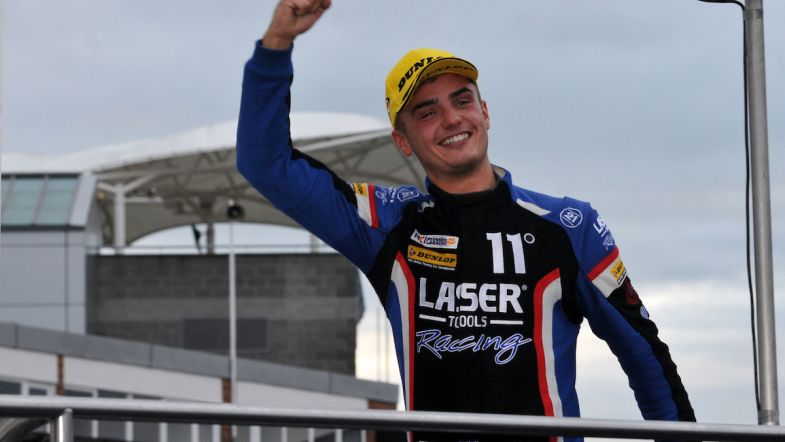 Aiden Moffat: “I was starting to doubt myself”

Aiden Moffat has admitted that he was “starting to doubt” himself before securing his first win of the BTCC season at Silverstone.

The Laser Tools Racing driver has endured a difficult campaign that had started brightly with two podium finishes amongst three top six finishes in the opening round two meetings of the year.

From there however, Moffat would score only one more top ten finish before arriving at Silverstone and slipped well down the championship standings as a result.

A solid weekend on track would kick-start with 14th place in the opening race before P7 in race two put him at the front of the grid for the weekend finale.

There, he held off pressure from Tom Ingram behind to secure a third career one and he admitted afterward that he felt the win was as a result of work he had done off track in recent weeks to try and return to form on track.

“The season has been far from ideal and it was getting to the stage where I was doubting myself, which is natural,” he said. “I took a step back after Knockhill and have tried some stuff away from the track that I never thought I would do, like mind work with [life coach] Linda Keen and yoga.

“They were things I would never have considered previously but I made a real effort as I wanted to finish the season on a high and I wanted to reward the team for the work they have put in.

“This win is a special one for me because of the circumstances and the struggles we have had this season and it’s one I won’t forget in a hurry. I had to stay focused because of the pressure there was from behind me and I knew that they would get ahead of I made any kind of mistake.

“It’s great to get back onto the top step of the podium and it means we finally have some momentum behind us for the first time in a long time. Brands GP is my favourite circuit and we won there last season so hopefully we can end the year on a high in a few weeks time.”