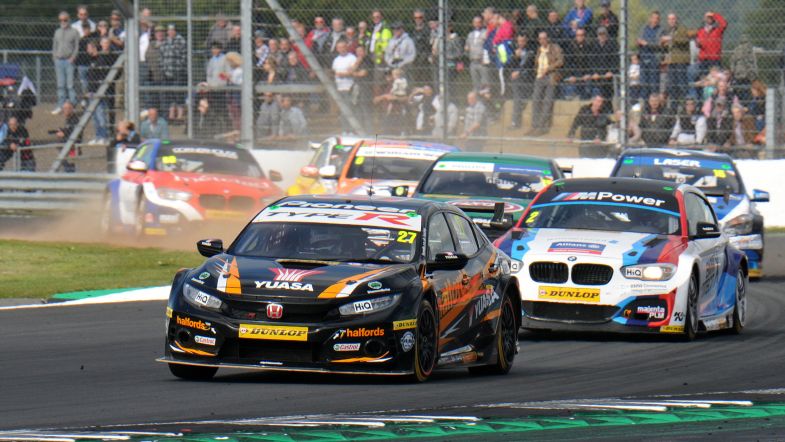 BTCC boss Alan Gow has said the British Touring Car Championship is likely to drop its driver-focussed success ballast system in preference of making more tactical use of the new hybrid power unit, when the championship makes its regulation switch over in 2022.

The BTCC has featured a success ballast system for many years, with its current system which penalises the championship leader heading into the weekend with 75kg of additional ballast having been the in-place for four years. Race 1’s winner then carries that penalty into Race 2, and Race 2’s winner then takes it into Race 3, before the system is reset based on championship standings for the following race meeting.

With the new hybrid power unit, which will be an additional component bolted onto the current ‘NGTC’ specification 2.0-litre turbocharged four-cylinder engines, BTCC series director Alan Gow has confirmed the organisation is looking at new ways to keep the racing exciting, with the hybrid unit delivering additional power when the driver calls for it.

“I envisage the teams will be able to play around with the strategy,” said Gow to TouringCarTimes. “The drivers will have a certain amount of power available to them during the race, and it’s up to them how they use it. They can use it for defence, or attack – there will be a certain amount of power that each car will be capable of having for each race, and how a driver uses it and when he uses it will be up to them.”

Gow believes using the hybrid system to deliver a performance uplift, and making it also available to the car in front will make it a fairer, more balanced system compared to Formula 1 or the DTM’s drag reduction system (DRS), which only benefits the car behind.

“I think DRS is such an unfair thing,” he said. “The guy in front can’t do anything except be overtaken, but with this, you can use it to defend too, so if someone’s using it to push to pass, you’re not going to be unfairly overtaken.”

Gow also confirmed that it’s likely that the championship’s success ballast system would be replaced, making use of the hybrid power unit’s function to even the competition.

“The hybrid adds weight, and if you add weight, you can’t have as much ballast as you’ve got, and because we don’t want to make the cars have to run with bigger wheels and tyres…the hybrid will probably replace the success ballast,” he explained.

“So the leader of the championship might have slightly less power available to them during the weekend, there’s tonnes of ways we can go about it, but yes, I don’t want to add something to the number of systems we’ve already got – I don’t want to add number of passes from the hybrid system to success ballast, so we’d probably just use the hybrid to replace it.”