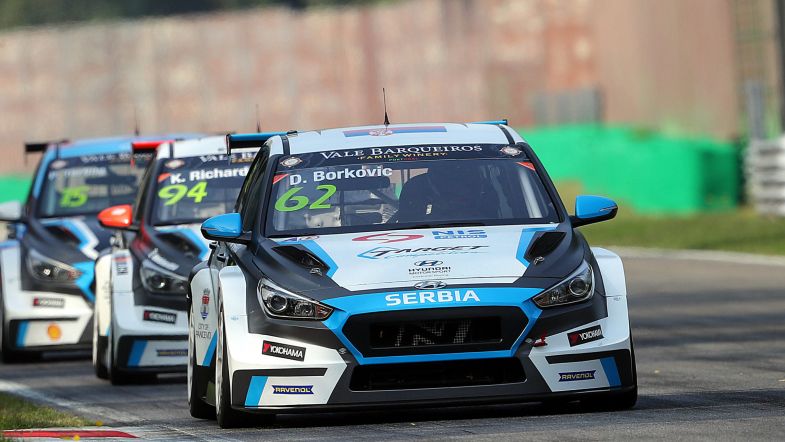 Dusan Borkovic under investigation for fight at Azcona’s camp (video)

Dusan Borkovic has been reported to the stewards after the Serbian hit title rival Mikel Azcona’s uncle with at least one punch.

The Target Competition driver was discussing a contact with THX Racing’s Benjamin Lessennes, which had put his race to an end due to a puncture, and not due to a suspension failure after cutting Turn 1 as was initially believed. A discussion with Azcona’s entourage ended up with the fight, whose footage TouringCarTimes is able to publish.

As the matter has been referred to the stewards, under Italian sporting law Borkovic could potentially face a license suspension of six months. The Serbian has left the track, whereas Azcona declined to comment on the subject.

TouringCarTimes understands Azcona had approached Borkovic to discuss an alleged contact after the Serbian had suffered a puncture that caused him to retire from the race, an allegation the Target Competition driver refuses.