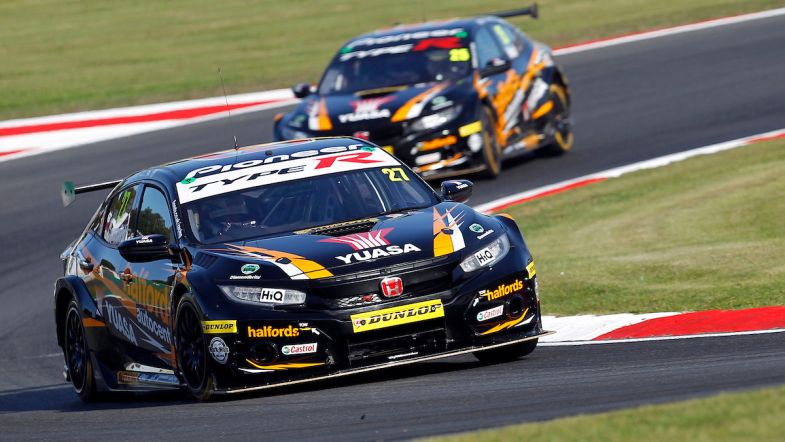 Team Dynamics’ Dan Cammish topped a shortened second free practice session at Brands Hatch, which was red flagged with four minutes to go after a heavy off for Team BMR’s Ash Sutton.

Cammish’s best lap of 1.31.000 remained unchallenged for much of the session, and the chance of any late improvements ended when Sutton’s Subaru Levorg went straight on into the barriers at Paddock Hill Bend.

A brake issue was suspected for Sutton, who happily was able to get out of his car unharmed. Before his off, he was Cammish’s closest challenger, finishing 0.072 behind him in second.

The Speedworks Motorsport man was a mere 0.027 faster than championship leader Colin Turkington, who was 11th in the West Surrey Racing BMW 125i.

Elsewhere, BTC Racing’s Dan Lloyd, whose team were busy changing his engine right up to the start of the session, completed 12 laps and finished 19th fastest.

AmD Tuning’s Josh Caygill pulled over on the Cooper Straight and cut into the pits via the Indy loop, with a possible recurrence of a power steering issue the cause.

The all-important qualifying session for the BTCC cars is next up at 15:20 BST.