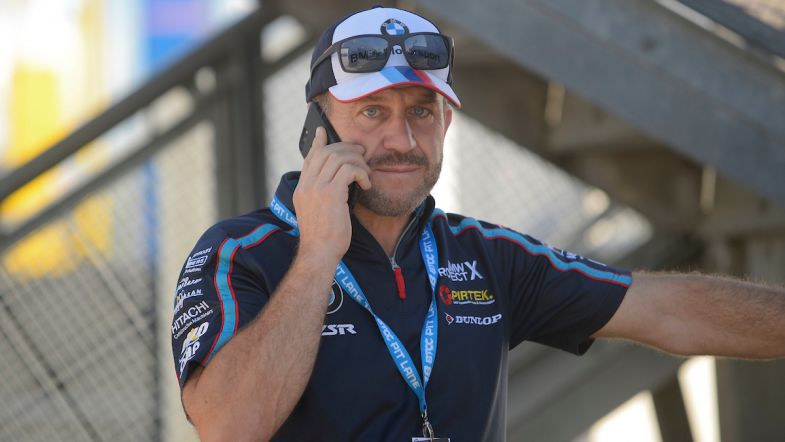 Rob Collard: “There are a lot of decisions to be taken”

Rob Collard says there are a “lot of decisions to be made” about his future return to competition after the West Surrey Racing driver was forced to miss the final four rounds of the 2018 BTCC season.

Collard suffered concussion in an accident at Snetterton that resulted in him being sidelined on medical grounds, with son Ricky being given the call-up to replace him for the events at Rockingham and Knockhill.

That deal was then extended to include the rounds at Silverstone and Brands Hatch as Collard Sr continued his recovery, with the BMW Junior driver securing his maiden podium in the penultimate meeting of the year.

Speaking to TouringCarTimes following the season finale on the Brands Hatch GP circuit, Collard admitted that it had been one of the most bizarre seasons of his career but one that left him proud of the performances of both Ricky and youngest son Jordan – who took rookie honours in the MINI Challenge this year.

“It’s been a bizarre year,” he said. “There’s a real sense of déjà vu with it ending badly for me but as much as I have missed racing, I’ve been proud to see Ricky perform so well when he has been dumped in at the deep end.

“His first round at Rockingham was very tough in mixed conditions and then Knockhill was wet, so it wasn’t an easy start. In these final two rounds, he has done a solid job and there is a lot Ricky can take away from this year as he has proven he can race at the top level in the BTCC alongside his other work, and has adapted well to driving different cars on very different circuits, and in different styles of racing.

“I’m now looking forward to a break to see what opportunities arise for the three of us, as there is also Jordan to consider after he finished third in the MINI Challenge and won the rookie title. We might look at GT4 for Jordan and decide where we go with Ricky – potentially GT3 or maybe the BTCC.”

Collard added that there were now decisions to be taken over his own potential return to racing in 2019, saying it was possible that two members of the family could do battle against each other next year.

“There are a lot of unanswered questions and standing watching Ricky drive ‘my’ car, I’ve been impressed by what he has done, but I have missed it as well,” he said. “I have a lot of decisions to make over the winter and need to sit down with WSR, with the team sponsors, with BMW, with DUO, Hitachi and the rest of my own sponsors and ask who do they want in the car.

“In a perfect world, we’d be able to bring more sponsors onboard to make sure that both me and Ricky can be on the BTCC grid. Of course it would be brilliant if that was part of the same team, but I’ve already had other teams who have approached me to ask about Ricky for next year, so you never know. At the moment, it’s a case of watch this space.”