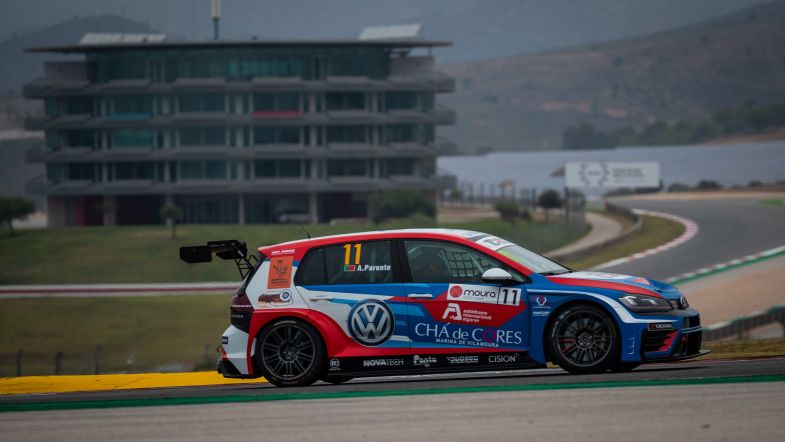 Armando Parente, at the wheel of a Volkswagen Golf GTI TCR, took both pole positions this weekend’s TCR Portugal series season finale. Pedro Salvador, who only has to participate to take the title, took a conservative approach with third position in both sessions.

Parente claimed the pole position for Race 1 with a time of 1:55.749, beating reigning champion Francisco Abreu, driving a Peugeot 308TCR, by 0.491 seconds.

Francisco Carvalho dropped to third after leading in the early stages of the session in his Audi RS 3 LMS, with championship leader Pedro Salvador, at the wheel of the sole Cupra TCR in fourth, 1.772 seconds off the pace in fourth.

Parente again topped the time sheets to his second pole position of the weekend, ahead of Rafael Lobato, who shares the Peugeot 308 TCR with Abreu.

Carvalho was third, ahead of Telmo Gomes, who is making his debut in the series this weekend, sharing the second Audi RS 3 LMS with Gustavo Moura.

Salvador didn’t set a time and will start sixth and last of the TCR class drivers.

The start of Race 1 is scheduled for this afternoon at 14:45 CEST.