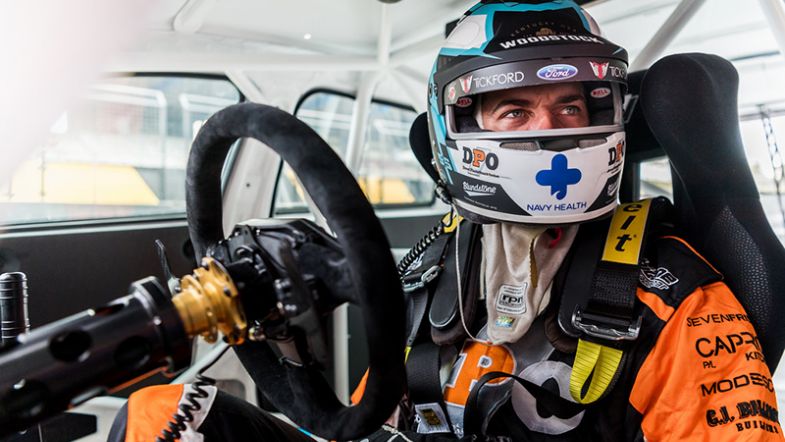 Bathurst winner Chaz Mostert was amongst the drivers to sample TCR machinery during a special media and competitors day used to launch TCR Australia.

The new series kicks off next season, with a number of teams and drivers invited to Sydney Motorsport Park to get up close to four of the cars that will feature on the grid for the inaugural season.

Mostert was able to turn his firs TCR laps in the HMO Customer Racing Hyundai i30 N that was announced for the series over the course of the weekend, with James Moffat sampling a Honda Civic Type R TCR, Leanne Tander and Macauley Jones sampling an Audi RS 3 LMS and Tony D’Alberto hitting the track in a Volkswagen Golf GTI TCR.

Australian F4 champion Jayden Ojeda was amongst the other drivers in action over the course of the day, with the likes of Garry Rogers, Brad Jones and Jason Bright also present as a number of big names took the chance to learn more about the TCR concept.

“Overall, I was lucky to get invited out by Barry Morcom to get a drive of the new Hyundai TCR cars that will race in Australia next year,” Mostert said. “I haven’t driven too many front wheel drive cars, but it felt pretty cool. They are kind of like a hot hatch, front wheel drive GT3 car. It handled really good, and I just love driving different cars.

“As a front wheel drive car, it’s definitely on steroids! You can get quite a lot of speed up and the way it moves around is quite exciting. It also makes you feel pretty safe behind the wheel.

“They are actually quite comparable to a GT3 car in terms of driver satisfaction.

“Overall, I think TCR is pretty cool and it will be great to see a big field of these. Toe to toe racing, there’s a lot of potential in the series, but really, I’m just stoked to be asked by Barry to come out here and have a drive of the Hyundai.”