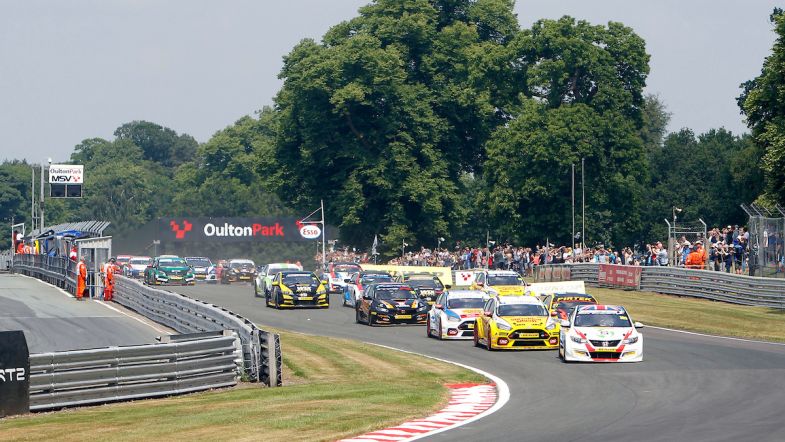 Organisers of the British Touring Car Championship have revealed that Kwik Fit will take on the role of title sponsor for the 2019 season.

The servicing and repair company will replace Dunlop – who have been title sponsor since 2010 – as part of a ‘collaborative effort’ between TOCA, Goodyear Dunlop and Kwik Fit that aims to widen the appeal of the series across the UK.

Dunlop will remain in the role of official tyre supplier as part of the ongoing contract that runs until at least 2022.

Following the recent announcement that the MSA is to renamed as Motorsport UK, the series will now run under the Kwik Fit British Touring Car Championship name next season – with no mention of the ASN in the title.

“We are thrilled to welcome Kwik Fit into the fold of the BTCC,” series director Alan Gow. “This will undoubtedly enable us to introduce the BTCC to hundreds of thousands more motorists across the UK.

“It also gives Kwik Fit the ideal opportunity to further increase their brand awareness via the UK’s largest motorsport championship.”

Andy Lane, marketing director at Kwik Fit said he was delighted to confirm the new deal.

“We are looking forward to becoming the title sponsor of the championship,” he said. “It is a fantastic competition with a strong heritage which will significantly add to our marketing activities. We are very excited about connecting with the fans and teams during the season ahead as well as helping raise the profile of the championship with our customers across the country.”

Despite the fact that Dunlop will no longer hold the title sponsor role next year, marketing director Andy Marfleet insisted that the partnership with the series was ‘stronger than ever before’.

“We have been supplying motorists with Goodyear and Dunlop tyres through the Kwik Fit network for decades and we are delighted to continue our connection as they take on the sponsorship of this fantastic championship,” he said. “We will continue to be tyre supplier and an integral supporter of the BTCC; our association with TOCA has run continuously since 2003 and is stronger than ever before.”