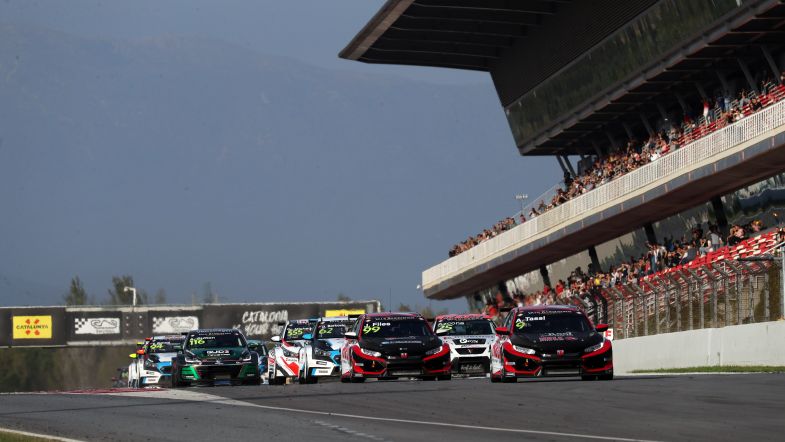 The organisers of the TCR Europe series have revealed a new look calendar for the 2019 season, which will once again feature seven meetings.

Whilst the number of events remain the same, there are a series of changes to the circuits that are on the calendar however, with no place for Paul Ricard, and the Red Bull Ring and Oschersleben both being added.

Whilst there were two Dutch events this year at Zandvoort and Assen, only one will take place in 2019 although the circuit that will host round two has yet to be confirmed.

As was the case in 2018, a number of different series will run alongside the TCR Europe series field across the campaign, with TCR Benelux racing at five events, TCR Eastern Europe at three events, and the TCR UK championship at Spa.

“We were delighted to see that the series’ inaugural season was so successful, attracting some of the best touring car drivers and teams from all over Europe,” promoter Paulo Ferreira said.

“We are confident that it will grow even further in both quantity and quality next year, especially with the addition of visits of competitors from TCR Benelux, TCR UK and TCR Eastern Europe. We will also continue to encourage the TCR national series to run selected events together with TCR Europe.”