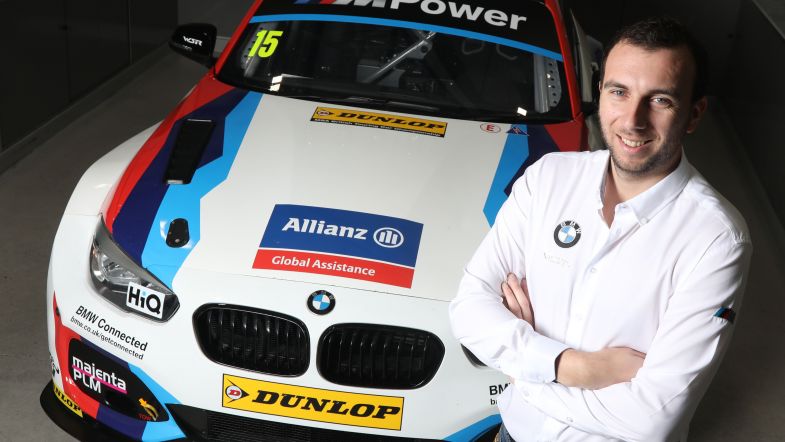 West Surrey Racing has announced the signing of Tom Oliphant for the 2019 BTCC season.

The 28-year-old joins the BMW squad for what will be his second season in the series having made his debut in 2018 at the wheel of a Ciceley Motorsport-run Mercedes A Class.

Oliphant is no stranger to rear wheel drive having previously won the Ginetta GT4 Supercup title and has also competed in the Porsche Carrera Cup and the British GT Championship.

He makes the switch to WSR keen to build on an encouraging debut campaign that saw him regularly qualify inside the top ten and battle for points finishes.

Oliphant also secured his maiden fastest lap in the series during Finals Day at Brands Hatch.

“It’s truly a dream come true to become a WSR driver in the British Touring Car Championship in 2019,” he said. “Ever since I started looking at the BTCC as an option in my career, I knew that WSR and BMW were the package I wanted to be part of.

“WSR are for me the best team on the BTCC grid. With ten overall titles in the past ten seasons and with over 600 races under their belt, it was clear to me that they have the experience and expertise I need to help me progress into a front-runner in this championship.

“I raced front-wheel drive machinery in my first year in the BTCC and I’ve won titles in rear-wheel drive cars, so I’m comfortable in both and feel I can build on everything I learnt in my debut BTCC season and really push for the front of the grid in 2019.

“A lot of drivers have enjoyed success with WSR during their time in the BTCC and I don’t plan to be an exception. I have clear targets for 2019; I want to take overall wins and podium results, finish in the top ten in the points and compete for the Jack Sears Trophy.

“This is a hugely exciting opportunity and we are currently finalising deals with partners for the 2019 season and look forward to announcing them in the New Year, while we’re always looking to get new companies on-board as we continue our journey in the highest-profile series in the UK.”

Team boss Dick Bennetts said he was delighted to welcome Oliphant into the team.

“We’re very pleased to announce Tom as the first member of our 2019 line-up,” he said. “We have a long history of working with young drivers and turning them into front-runners and champions, and we’re sure Tom has all the right attributes to achieve his potential with us.

“We were impressed with him in the BTCC support categories and the speed he showed in his rookie season in 2018 has convinced us that he’ll be the ideal driver to help us push on and achieve our aim of even more success in 2019.”