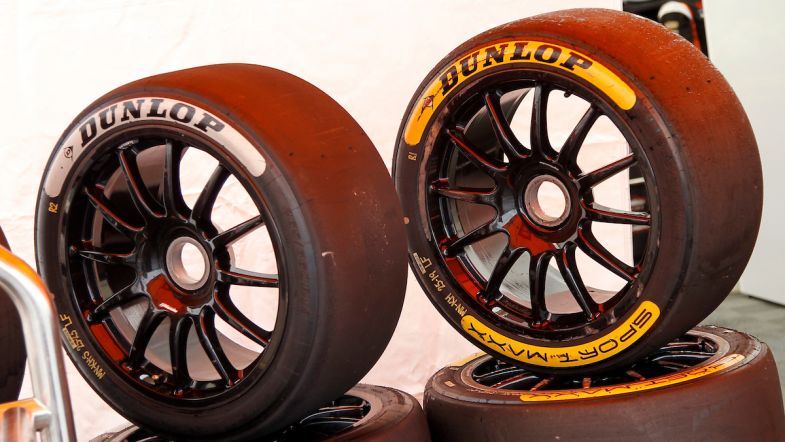 Dunlop has announced that it will introduce a new wet tyre into the British Touring Car Championship for the 2019 season.

The new tyre underwent testing during a special test at Rockingham back in October, when a number of teams were invited to run on an artificially watered surface.

The new Dunlop Sport BluResponse Wet features a new method of compound manufacturing, which allows for more consistent compound stability throughout a race duration – something that was clear during the test when drivers saw a noticeable improvement in on-track performance.

Lap times were around a second better than on the older tyre thanks to improved lateral grip, which allowed drivers to push harder through high-speed corners.

“The feedback on the new Sport BluResponse was universally positive,” Mickey Butler, Dunlop’s UK and One Brand Motorsport event manager said. “The one lap performance figures are important, but not as crucial as the gains over a race distance.

“The stability of the tyre construction, as a result of the new production method, meant that lap times remained stable. Dunlop are delivering ‘stronger for longer’ performance throughout a race distance”.

As well as introducing the new wet tyre, Dunlop has also confirmed that it will revise the colour coding used on its tyres to make it easier for fans to follow the action this season.

That will be particularly key at Snetterton – where drivers will be forced to use the Soft, Prime and Hard tyres across race day – and also at Knockhill where the Soft tyre will be the main choice.

The Prime tyre will retain yellow branding, with the Hard and Wet also unchanged with Silver and Blue.

The Soft tyre will now run with a green sidewall.