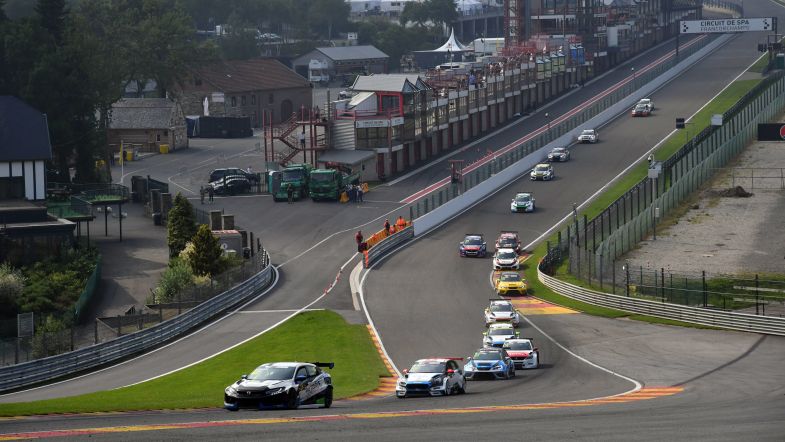 A new endurance event solely for TCR-spec cars is to take place at the Spa circuit in October as part of joint enterprise between WSC and Creventic.

WSC, the group behind the TCR concept and Creventic, who promote the 24H Series, will organise the event on the weekend of 4-6 October with the idea of reviving touring car endurance racing on the famous Belgian circuit.

The TCR Spa 500 will run over 500 laps of the circuit, with Creventic taking on the role of promoter and organiser, and will be open to TCR cars only – with plans to open up entries for Pro, Pro-Am and potential Am team of drivers.

Organisers are targeting a minimum of 40 entries, with a working group set to be created alongside those manufacturers to build TCR cars to maximise interest.

“The growth of the category has been the success story in international motorsport for the past years,” WSC chairman Marcello Lotti commented. “The idea of an international endurance race, exclusively reserved for TCR cars, is the icing on the cake.”

Live TV and streaming is planned as well as live radio commentary, with a full package of support races. As with the Spa 24 Hours, a parade of cars to the nearby city centre for an autograph session will allow fans to get closer to the cars and drivers.

Speaking on behalf of Creventic, Gerrie Willems said: “We are proud that we can revive the long heritage of touring car endurance racing at Spa-Francorchamps.”