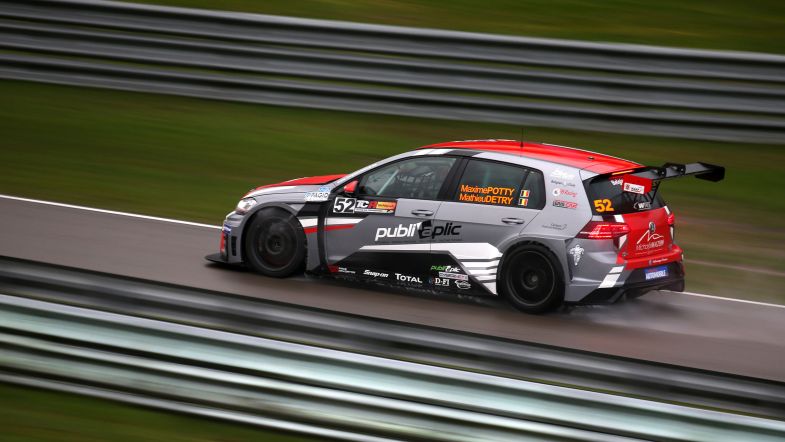 Maxime Potty back with WRT for 2019 campaign

19-year-old Belgian Maxime Potty will return for his second season in the TCR Europe Touring Car Series, racing a Volkswagen Golf GTI TCR for the second year in a row, now this time with WRT, moving across from Comtoyou Racing.

Potty has a history with WRT, driving for the Baudour-based team during both years of the TCR Benelux Touring Car Championship in 2016-2017, finishing sixth overall in the standings during his first year, and third in 2017.

In the 2018 TCR Europe series season, Potty took two podiums on his way to eighth in the standings with the Comtoyou Racing squad.

“I am going back to my first love, since I had already developed my career with WRT during my first two seasons in TCR Benelux,” said Potty.

“We had a number of choices to discuss concerning TCR Europe this year, but WRT’s motivation made the difference. I felt a real willingness to work together and I know that it is an environment in which I feel at ease. In addition, their record speaks for itself. I am looking forward to meeting the staff with whom I worked in TCR Benelux in 2016 and 2017.”

“We are all really happy to have Max back for a full season. Internally, the confirmation of his return was met with delight and I know that all the guys here are extremely motivated to take Max back to where he deserves to be on the grid.

“It must also be said that there was a taste of unfinished business: the WRT Karting Academy in 2015, TCR Benelux in 2016 and 2017, fourth place in the TCR Europe Trophy at the end of 2017, and so on. A full season in TCR Europe was therefore the logical continuation. As the five TCR Benelux events are integrated into TCR Europe, we will also be well equipped to keep our teams’ and drivers’ championship titles in this competition, while also aiming for a good result in the European championship.”