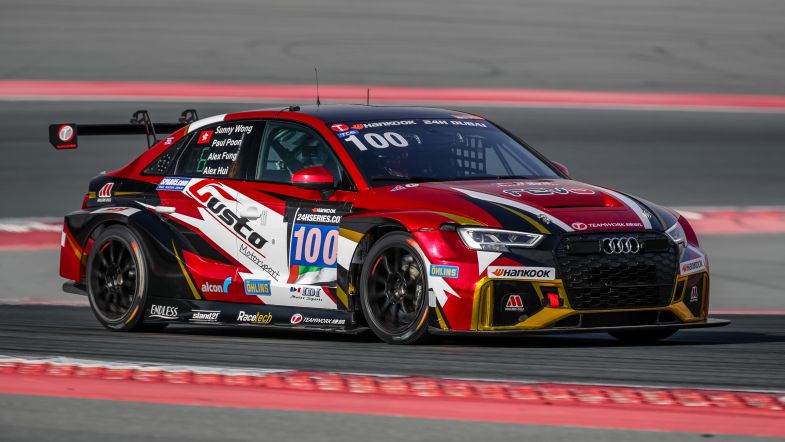 Hong Kong-based squad Teamwork Motorsport has said they could be on the grid in the 2019 TCR UK Touring Car Championship, as the team look to expand their operation this year.

The current TCR China champions took part in the Dubai 24 hour race in the United Arab Emirates last month with an Audi RS 3 LMS, and have run a Volkswagen Golf GTI TCR in two rounds of the inaugural TCR Malaysia championship already this year, with 2012 world champion Rob Huff behind the wheel for the first round.

The team, which utilises a mix of Hong Kong-based and UK-based technical staff, say a TCR UK programme is on the cards, as well as programmes in the TCR China championship, or a return to the TCR Asia Series, which they competed in 2016, finishing second in the standings with Kevin Tse.

The team also took part in the World Touring Car Cup season finale at Macau, again with Tse at the wheel of one of their Audis, finishing as the best-placed of a number of wild card entries.

“TCR Asia, China, and even the UK championships are all ones we’re considering, because we believe the competition will be on the right level in all those series,” he added.

“Also, as Teamwork Motorsport has a very strong network of engineers and teams in Europe, we can collaborate with local resources if we did enter the TCR UK championship, and the budget will still be on target,” he continued.