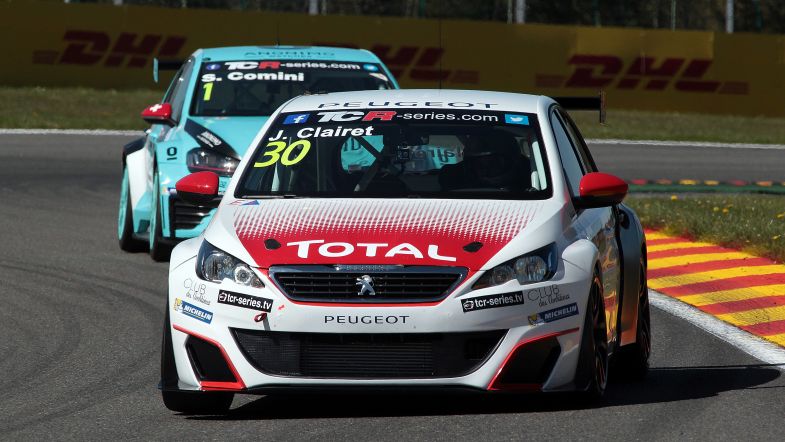 French brothers Teddy and Jimmy Clairet will race in the 2019 TCR Europe Touring Car Series in a pair of Peugeot 308TCRs, competing for Team Clairet Sport.

The team, run by their father Jean-Marie Clairet, plan to field three cars in the series, with the third driver still to be confirmed.

The two brothers have been racing in the past two years of the Peugeot 308 Racing Cup, and also both made outings in TCR and TCN2-spec machinery in 2016, with Jimmy Clairet driving the 308 Racing Cup car at the Spa-Francorchamps round of the TCR International Series (pictured), and Teddy driving the car at the Nürburgring Nordschleife round of the European Touring Car Cup.

The two drivers will compete in the upgraded TCR-spec 308TCR this year for the team.