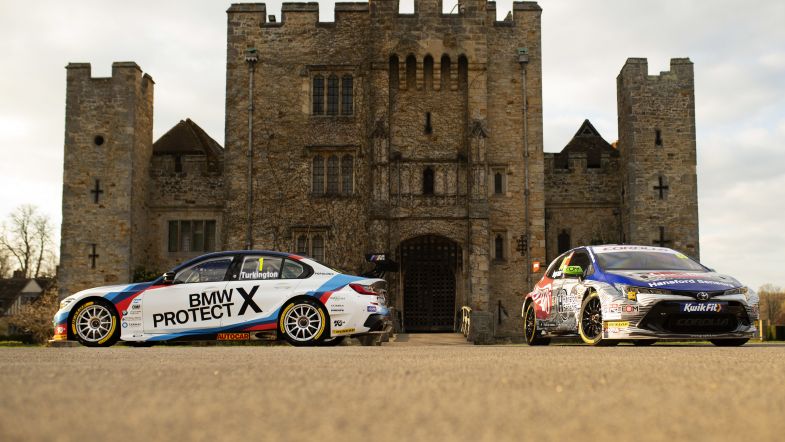 Organisers of the British Touring Car Championship have officially confirmed the 30 car field for the 2019 season during a special event at Hever Castle.

Whilst the make-up of the driver line-up was already known after the late news that Jack Goff would replace Mike Bushell at Team HARD, the entry list officially confirmed the competing drivers and the numbers under which they will race during the year ahead.

The only thing that hadn’t been revealed prior to the announcement of the entry was exactly how the four-car Team HARD entry would be broken down, with the Volkswagen squad once again split into two two-car teams. Goff will partner Carl Boardley in two cars backed by RCIB Insurance and Fox Transport, with Michael Crees and Bobby Thompson running as team-mates in a two-car entry under the GKR Scaffolding with Autobrite Direct name.

In total, five former champions and a record 18 race-winners will be featured on the grid for the year ahead.

“We are delighted to present our full field of drivers, manufacturers, teams and cars for the 2019 Kwik Fit British Touring Car Championship, as we head into yet another thrillingly unpredictable campaign in the UK’s biggest and best motorsport series,” series director Alan Gow said.

“We have a potent line-up of champions, race-winners and emerging young talent, with a wide variety of cars and body styles represented on the grid. The two newest models – the BMW 3 Series and Toyota Corolla – are sure to cause quite a stir, and the commitment demonstrated by those two manufacturers in introducing new cars is testament to the championship’s rude health and enduring appeal.

“That is further endorsed by the confirmation that the BTCC is the only major motorsport series to benefit from extensive live, free-to-air UK coverage in 2019, which means fans unable to follow trackside won’t have to miss a moment of the thrilling doorhandle-to-doorhandle action.

“We have a new title partner in Kwik Fit, who are already looking to maximise their involvement in the greatest show in British motorsport.

“That is just one fascinating thread of what looks sure to be another captivating, drama-fuelled campaign – so whether you are following on television, online or soaking in the smells, sights and sounds at close quarters, strap yourself in and get ready to enjoy the ride.”

Whilst a number of cars took to the track at Brands Hatch today [Tuesday] during an unofficial test day, the full 30 car field will have the opportunity to complete a full day of running the official season launch test at the Kent circuit on Wednesday.