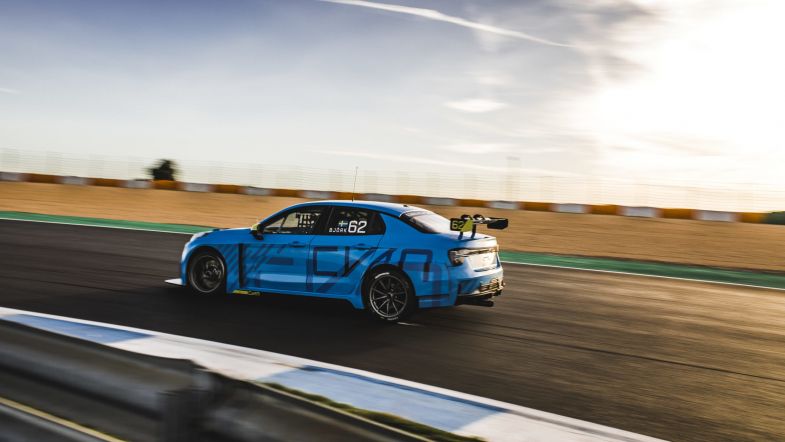 The Balance of Performance (BoP) measures for the 2019 season have been confirmed by the technical regulations’ holder WSC Group, which see the new Lynk & Co 03 TCR set to run with the most weight for the start of the 2019 World Touring Car Cup season.

The BoP is set in three parts as before, ride height, weight and engine power, with the two Hyundai cars, the i30 N TCR and Veloster N TCR, and the new Lynk & Co 03 TCR, all dropped to run at 97.5% power.

The two Hyundai cars will also run with a ride height of 90mm, as the i30 N TCR did at the end of last season, while the new Lynk & Co 03 TCR will be able to run at 80mm.

The Veloster N TCR, which is presently only competing in the US championship, has been given the heftiest weight penalty of 40kg, closely followed by the Lynk & Co 03 TCR at 30kg, with the i30 N TCR given 10kg.

The Volkswagen Group cars will all run at the same ride height of 70mm, and all at 100% power. The only difference between the thr will be weight, with the Audi RS 3 LMS running -10kg of BoP weight, the Volkswagen Golf GTI TCR -20kg, and the Cupra TCR -30kg.

The new Alfa Romeo Giulietta Veloce of Team Mulsanne will run at 80mm of ride height, -20kg of BoP weight and at full power, while the Giulietta TCR it replaces can run 10mm lower and 40kg lighter, indicating a clear improvement from the new Romeo Ferraris-developed machine.

The weights, ride heights and power levels for all TCR cars which will compete across all of the various series has also been confirmed, and are shown below. 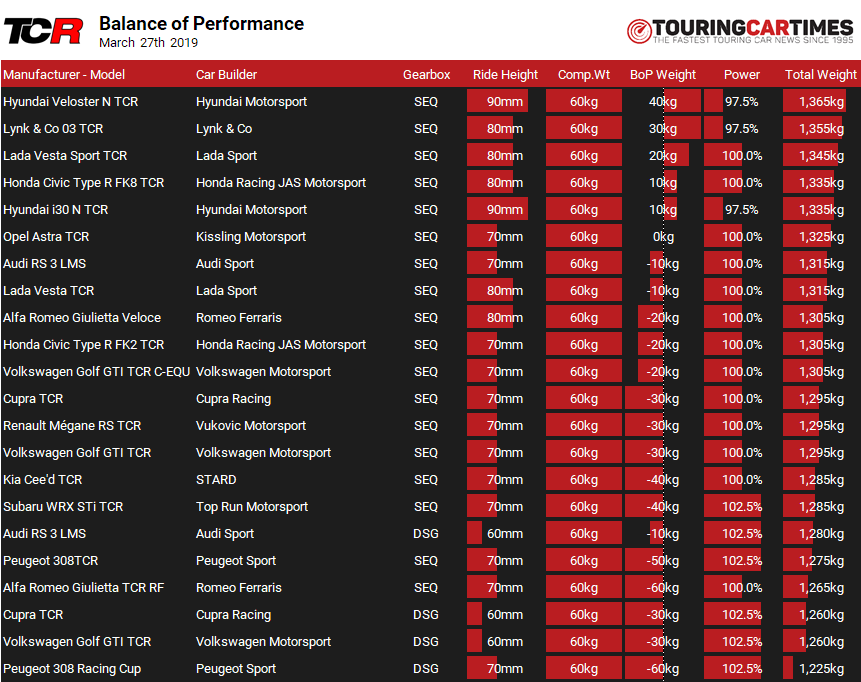