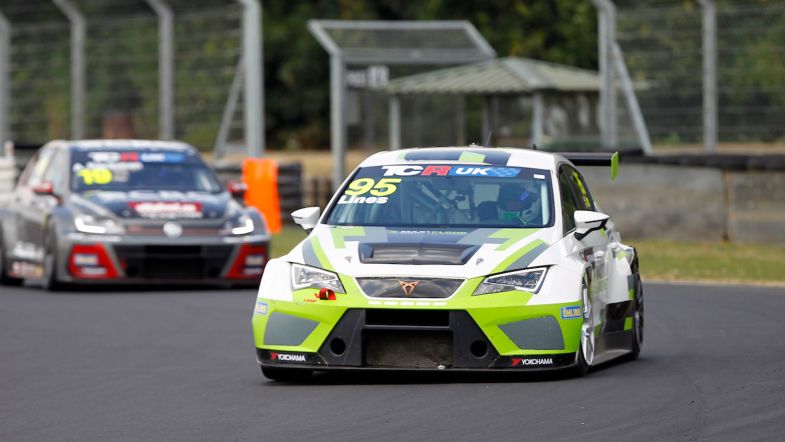 The 2019 TCR UK Touring Car Championship will merge with the new Touring Car Trophy for its second season, with Maximum Motorsport driver and owner Stewart Lines assuming the reins of the championship.

The two championships were set to provide two relatively small grids for this year, with the new Touring Car Trophy offering a multi-class series with NGTC, S2000 and TCR cars all permitted to take part, with five entries announced so far filed across the three classes.

The TCR UK championship was struggling for grid numbers with a loss of some major players from last year, with the Honda-equipped Pyro Motorsport team off to the TCR Germany championship, and Swedish touring car powerhouse WestCoast Racing switching to the TCR Europe series. This left three named drivers only confirmed to date, with both DW Racing’s Darelle Wilson and Essex & Kent Motorsport’s Lewis Kent returning, and a new entry for the new team to the championship, Sunny Wong for Teamwork Huff Motorsport.

“We are very pleased with this agreement,” said TCR UK promoter David Sonenscher.

“When I came on board, my role was to find the best way forward for TCR in the UK and, after looking at the situation and numerous discussions, I felt that a cooperation with Stewart Lines and his organisation, who have built themselves a solid reputation, would be the best solution. This collaboration will help to provide a solid base to establish TCR in the UK for good.”

The first round of the championship scheduled for next month at Snetterton is understood to have been cancelled, giving the revitalised series more time to finalise a revised calendar.

“This is an important development for anybody who wants to race a TCR car in the UK,” added Lines. “The TCR concept is a massive success worldwide and we plan to replicate this in the UK.”

The combined grid brings the entry up to eight announced drivers and teams, with Teamwork Huff Motorsport having confirmed they plan to run two cars in the TCR UK championship, while Sean Walkinshaw Racing are also planning to enter should they find a driver for their Honda Civic FK2 TCR.