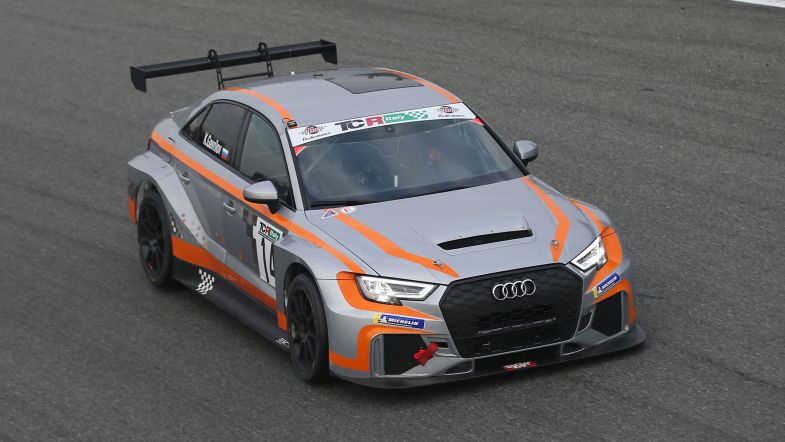 Gavrilov took the outside at Turn 1 on the second lap, overtaking Mugelli and Tavano for second place. He claimed first position at the Parabolica, starting the third lap of the race as leader. Mugelli retired to the pits with damage after a contact with Target Competition driver Marco Pellegrini Anatrella (Hyundai i30 TCR).

Greco soon started to lose ground, falling behind Tavano and Pellegrini Anatrella on the fourth lap, whilst Gavrilov continued increasing his advantage at the front.

Bettera retired on the seventh lap as Pellegrini Anatrella, also with damage to his Hyundai i30 N TCR, came under pressure from Greco, who recovered third place from the Hyundai driver at Turn 1. BF Motorsport’s Jacopo Guidetti (Audi RS 3 LMS) was next to go side-by-side with Anatrella as they arrived to the second chicane. The two made contact, with Anatrella spinning off the track. The Hyundai driver would later receive a 25-second time penalty for the incident.

Tavano tried to close the gap to the leader with five minutes left on the clock, but Gavrilov increased his pace to maintain his position and take the victory at the finishing flag.

Tavano and Greco completed the podium, with Guidetti taking fourth position. Wimmer was fifth, followed by MM Motorsport’s Davide Nardilli (Honda Civic TCR) in his return to the series.