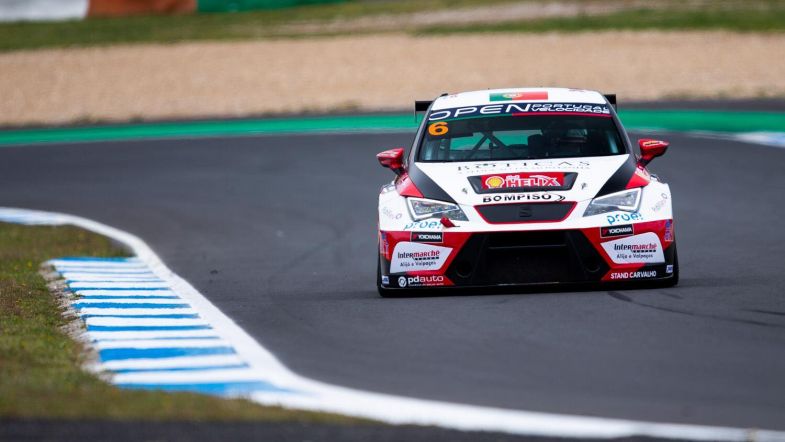 The second season of the TCR Iberian series has kicked off today at Estoril, with Francisco Mora and Daniel Teixeira, both with Cupra TCRs, taking the pole positions for both races.

The session was stopped two minutes in with a red flag due to a car from another category stopping on track, rendering useless all drivers’ first outing.

Estonian drivers Robin Vaks and Mattias Vahtel, with their Honda Civic TCR FK8s from ALM Motorsport, were next, with Pedro Marques in sixth and Joaquim Santos completing the TCR classification.

The second session took part immediately, with Santos now leaving his shared Cupra TCR in the hands of Teixeira.

Mora stopped on the track with three minutes to go as he was trying to beat Moura for Race 2’s pole position, but it would be Teixeira who would take the pole position, with a lap time of 1:53.225, 0.483 seconds ahead of Moura.

Vaks beat Mora to climb up to third, 1.330 seconds off the pace. Vahtel was fifth, followed by Correia in sixth, 1.9 seconds behind the poleman. Marques completed the classification in seventh place.

Race 1 is scheduled for 18:10 CEST this evening, although the official schedule is delayed due to the Q1 incident