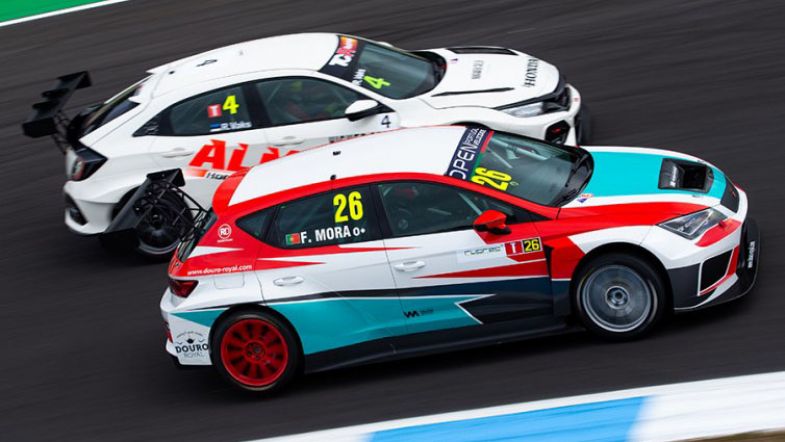 Francisco Mora starts the season with a victory at Estoril

Francisco Mora, at the wheel of a Cupra TCR, became the first winner of the TCR Iberian season, taking the victory in Saturday’s Race 1 at Estoril.

At the start, Mora kept first position ahead of Gustavo Moura (Audi RS 3 LMS), with the Estonian duo of Robin Vaks and Mattias Vahtel, driving their respectives Honda Civic TCR FK8s, immediately behind.

Gabriela Correia dropped to fifth position at the wheel of her Cupra TCR. The rookie would, however, go off the track on the sixth lap. Correia rejoined the action three laps down.

Pedro Marques (Cupra TCR) was fifth for the majority of the race, but retired on the last lap, dropping to sixth and last in the classification.

At the chequered flag, Mora took his first victory of the season, followed by Moura and Vaks, who scored a podium on his racing debut.

Race 2 is scheduled for Sunday afternoon at 13:25 CEST.