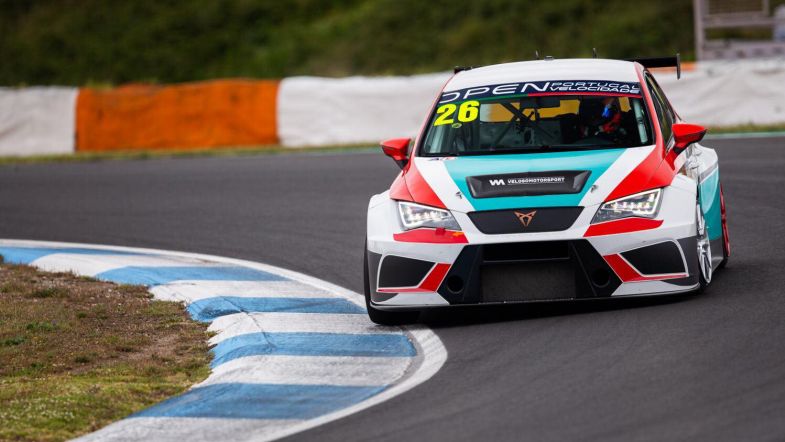 Francisco Mora makes it a double victory at Estoril

Francisco Mora has started the 2019 TCR Iberian series season in the best way possible after scoring his second victory of the weekend in today’s Race 2 at Estoril, with the schedule delayed due to heavy fog over the Portuguese track.

Mora had a problem in yesterday’s qualifying that forced him to stop on track, falling to fourth on the grid. The Cupra driver would however quickly recover, climbing up to the lead on the first lap of the race, ahead of arch rival Gustavo Moura (Audi RS 3 LMS) and Robin Vaks (Honda Civic TCR FK8).

Pole sitter Daniel Teixeira (Cupra TCR) had a problem on the first lap that saw him falling to the end of the field, with Vaks’ team-mate Mattias Vahtel in fourth, followed by Gabriela Correia (Cupra TCR) and Pedro Marques (Cupra TCR).

Vaks overtook Moura for second place on the second lap. Teixeira sought to recover from his first lap incident, clawing back positions up to fourth place. Although the Cupra driver would receive a 30-second time penalty at the end of the race for the incident on the first lap, sending him down to fifth position.

At the chequered flag, Mora claimed his second victory of the weekend, ahead of Vaks and with Moura completing the podium.

Vahtel was fourth, with Teixeira fifth. Pedro Marques (Cupra TCR) was sixth, with Correia rounding out the seven-car field.

After the first round of the TCR Iberian series at Estoril, Mora leads the classification on 50 points, with Moura and Vaks tied for second, 17 points behind. Vahtel is fourth with 24 points to his account.

The next round of the TCR Iberian series takes place at Vila Real July 5-7th.