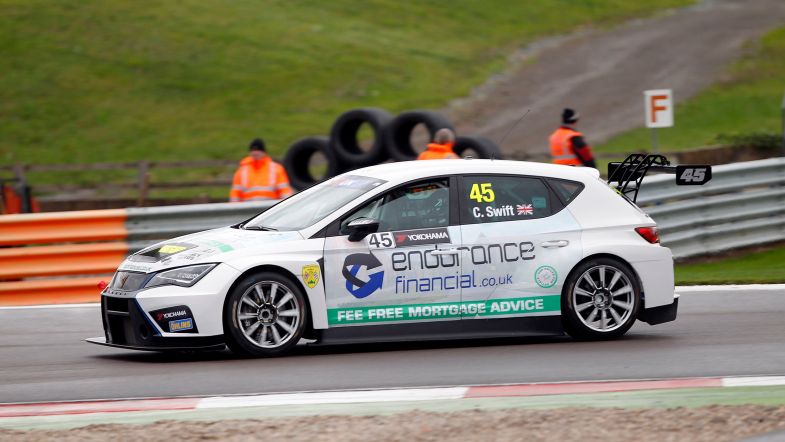 Carl Swift has confirmed that he will join the grid for the opening round of the new-look TCR UK series when the season kicks off at Oulton Park next month.

Swift will be at the wheel of the Cupra TCR he drove last season, and will be keen to enjoy a better weekend than at the Cheshire circuit last year when a heavy accident in race one ruled him out of the remainder of the event – and also forced him out of the following meeting at Croft.

Depending on the results gained at Oulton Park – which will be the first meeting since TCR UK merged with the Touring Car Trophy – Swift could also contest additional rounds later in the year, although prior commitments will mean he will certainly miss round two.

“I’m pleased to be back in the car at Oulton Park, even if one of my biggest aims will just be making it past lap one!” he said. “I really enjoyed competing in TCR UK last year and I think the series definitely has potential for the future. Hopefully the changes Stewart Lines and his team have introduced for 2019 will deliver the kind of grids the championship deserves.”