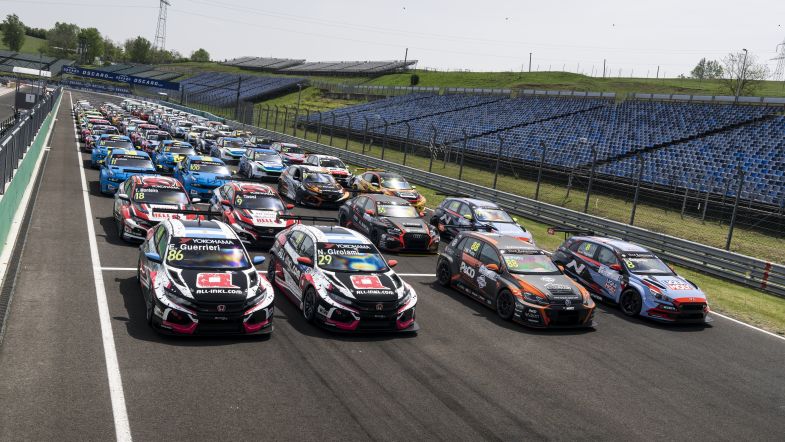 64 TCR cars gathered at the Hungaroring

A total of 64 cars are gathered at the Hungaroring this weekend as the FIA World Touring Car Cup, the TCR Europe series and the TCR Eastern Europe series races.

All cars we gathered on the grid for a TCR family shot, featuring a total of nine manufacturers in the form of Alfa Romeo, Audi, Cupra, Honda, Hyundai, Lynk & Co, Peugeot, Renault and Volkswagen.

“It is something that make us very proud. For the work we have done in these latest years in developing the TCR concept and spreading it worldwide,” said TCR creator Marcello Lotti.

“Here in Hungary we have the two peak series of the category, the FIA World Cup and TCR Europe together in the same event and sharing the limelight in this impressive display of different models.” 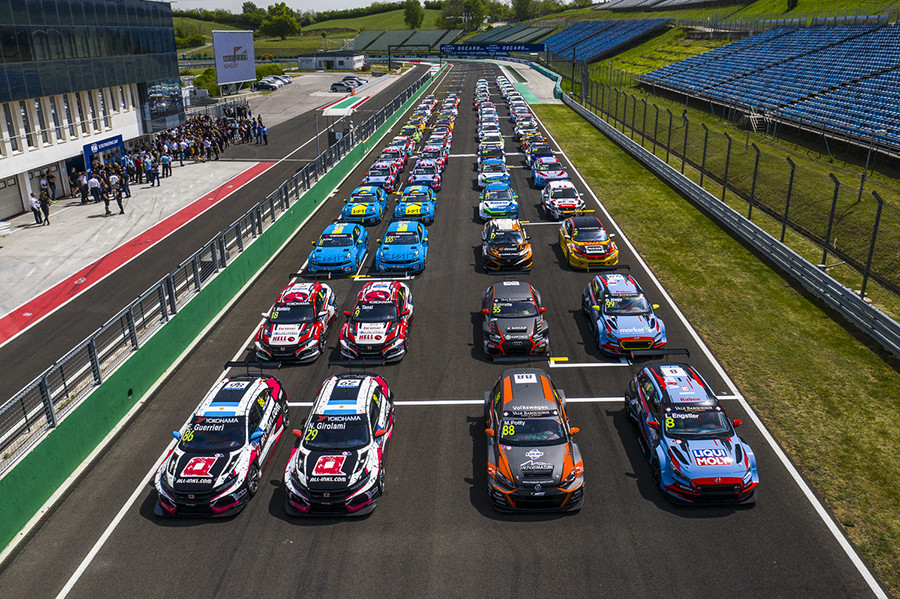