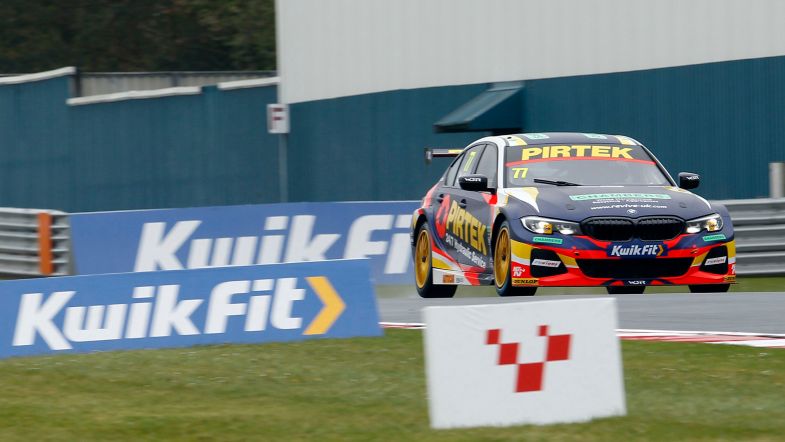 Andrew Jordan admitted he was frustrated by the incident that ruled him out of all three BTCC races at Donington Park and hit out at driving standards during the second weekend of the season.

Jordan had qualified down in 16th place on the grid in his BMW 330i M Sport after getting caught out by multiple red flags during the session but made his traditional strong start to move up places going through Redgate for the first time.

However, going into the Old Hairpin for the first time, a hit to the right rear from the Vauxhall of Rob Collard saw his Pirtek Racing-backed BMW tipped into a spin in front of the field before it was collected by Adam Morgan’s Mercedes.

A heavy hit direct to the drivers door would damage the roll cage and rule Jordan out of the remainder of race day, whilst a precautionary visit to hospital revealed bruised cartilage to his side.

It means Jordan has dropped vital points in the title race and he admitted to being far from happy at what had happened on track.

“I had a cracking start, but when you’re in the midfield you can find yourself in amongst the idiots,” he said. “I gave Rob racing room, more than a car width, but he harpooned me in the rear and turned me around at the Old Hairpin. I was parked across the track and received a second really big hit in the door from Adam Morgan, although that wasn’t his fault.

“The safety cage has done everything it’s been designed to do, and full credit to WSR and BMW for building such a very strong car. It’s just a very unfortunate and frustrating incident, because we should have had a very strong day today. It’s cost us a lot of points and I’m pretty sore and feel beaten up. There is nothing broken, just bruising of the cartilage on my side, which they’ve said is sometimes more painful than a break.

“It’s a bit uncomfortable, but I plan to be back at Donington racing historics next week and we’ll restart our BTCC campaign at Thruxton.”