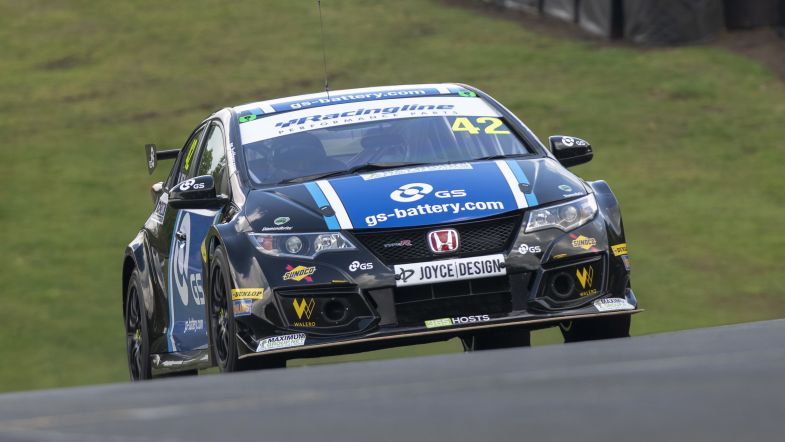 Henry Neal was excluded from the results from Race 1 and hit with a four-point endorsement on his racing licence for the move on lap 12 at Oulton Park, for when he tried to pass Ollie Taylor’s Cupra at Old Hall.

Neal, racing for his father’s Team Dynamics squad in a BTCC-specification Honda Civic FK2, had made a move two laps earlier on race leader Taylor’s Cupra TCR, but had the wrong line for the next turn and fell back into second.

With just one lap left, Neal made a daring lunge down the inside at the last moment on Taylor’s Cupra, carrying greater speed up the main straight in the NGTC-engined car, but Taylor had already closed the door and the pair locked wheels, with both cars spearing off into the barriers, and Neal’s car rolling on to its side.

This handed the win to Carl Swift, while the race was red-flagged, meaning Taylor and Neal were immediately removed from the classification.

The stewards also excluded Neal from the race and handed him a four-point endorsement on his racing licence. Accumulating 12 within a year will see a driver experience a ban.

“There were some areas he was strong, and others I was stronger,” said Taylor to TouringCarTimes. “We had contact in Turn 1 already, and he made his way through but I had the line into Cascades, but I didn’t quite expect what he did on that (last) lap. I made my move quite early to cover it off, and he just launched up the inside out of control.”