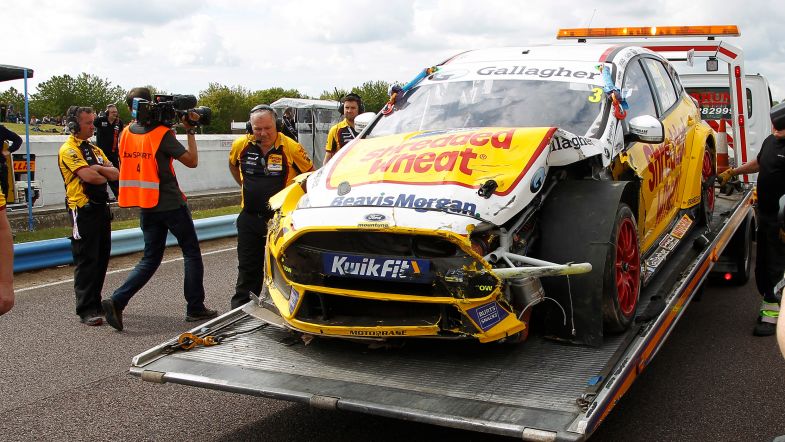 Six drivers were handed penalties over the course of the third meeting of the BTCC season at Thruxton, with one resulting in a change to the second race of the weekend.

The first penalty came before race day had even arrived, with Trade Price Cars Racing driver Mark Blundell being handed a verbal warning for his part in the collision that saw Tom Chilton go off into the barriers at the final chicane.

Chilton himself was then handed a 30 second time penalty at the conclusion of race two for failing to take a drive through penalty, which dropped him from 13th on the results to 25th.

Verbal warnings were also handed out to two drivers in race three, with Stephen Jelley penalised for the contact that resulted in Andrew Jordan spinning at the complex and Senna Proctor penalised for an incident with Matt Simpson.