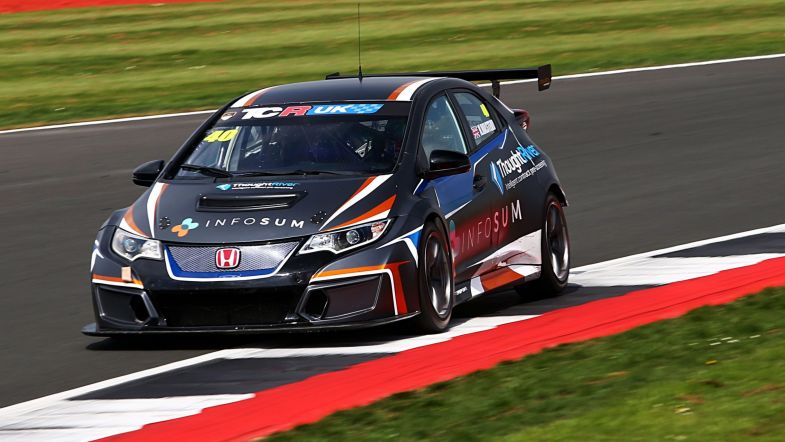 The 47-year-old won the Am category in last year’s British Ginetta GT5 championship, and has been testing the Civic TCR in advance of confirming his entry in the UK championship in its sophomore season.

Halstead and Fox Motorsport will join the grid at Donington Park, supporting the British GT championship, on June 22nd, before skipping the following round at Croft, but rejoining for the final two rounds at Brands Hatch in July and for the series’ return to Donington Park in October.

“I’m tremendously excited about my touring car debut as it’s something I’ve been working towards with Fox Motorsport for a little while,” said Halstead.

“It’s an ambition of mine to race touring cars and the Touring Car Trophy is an excellent and accessible way of stepping into this kind of racing in the UK.

We’re not doing a full season, so our aim will be to get ourselves into a position to challenge for strong results, though I admit Donington is going to be pretty intense with being on double-duty. There are some experienced drivers in TCR UK and the battles at Oulton Park looked fierce, but we have a great team and we’re excited.”.

“This is an exciting moment for the team. We’ve mainly specialised in GT racing with rear-wheel-drive cars, but we have plenty of team members with experience of World and British Touring Cars, so that should lessen the learning curve a bit.

“The FK2 Honda has won something like 15 TCR titles globally, so there’s clear pedigree with the car and you can see from the build quality that it’s the perfect car for us right now.

“It’s been great to have worked with Nick right from the start of his journey into racing and to have helped him become a championship-winning driver in GT5s, so we’re very pleased to take this next step with him.”