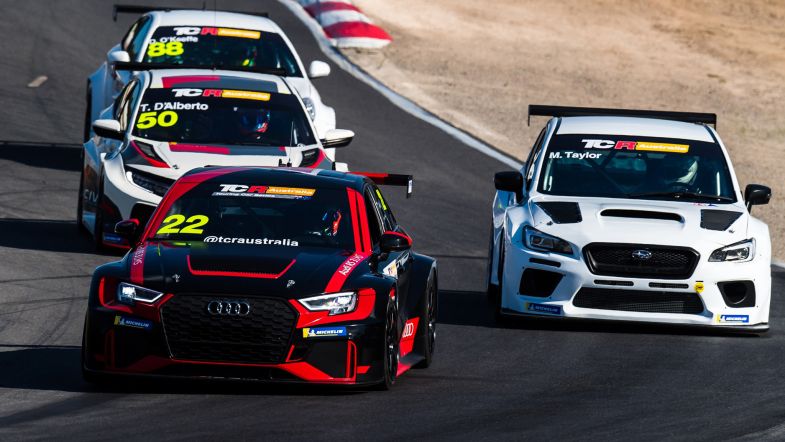 Garth Tander is going to drive one of the new Audi RS 3 LMS race cars that team Melbourne Performance Centre (MPC) has bought ahead of the TCR Australia series race weekend at Phillip Island.

“I’m looking forward to it. I was a keen observer of the first round in Sydney, so to get my opportunity to drive a brand new Audi at Phillip Island is fantastic,” said Garth Tander.

“It will be different to drive than anything I’ve done before so it will be a challenge to get my head around it.”

The 2007 Supercars Championship champion has never before raced a front-wheel driven car.

“I’ve never raced a front wheel drive car before. That will be the main thing to get across, but looking at the racing in Sydney, it looked exciting, challenging, and the guys out there are fast and switched on. Drivers like Will Brown, Tony D’Alberto and Jason Bright have have a full race weekend head start on me. I have a bit of catching up to do but I’m up for it,” said Tander.

The 42-year-old will also drive an Audi R8 GTR in the Australian GT Endurance Championship during the Phillip Island race weekend.

Melbourne Performance Centre is yet to confirm the identities of the drivers for the remaining two Audis that the team has taken delivery of and whether Tander will continue driving for them beyond Phillip Island.

“Garth is our first port of call anytime our team needs a driver. We tried to get him for Sydney but things didn’t work. We are rapt that he’ll be in our car for Phillip Island,” said MPC managing director Troy Russell.

“He is the ultimate professional – both in and out of the car. He won’t have driven the car prior to Phillip Island, but knowing Garth, it won’t take him long to get his head around it and get on the pace. He is also racing the Audi R8 in the Australian GT races too, so he won’t be lacking for race miller over the weekend.”

The Phillip Island race weekend is held on June 8-9th.