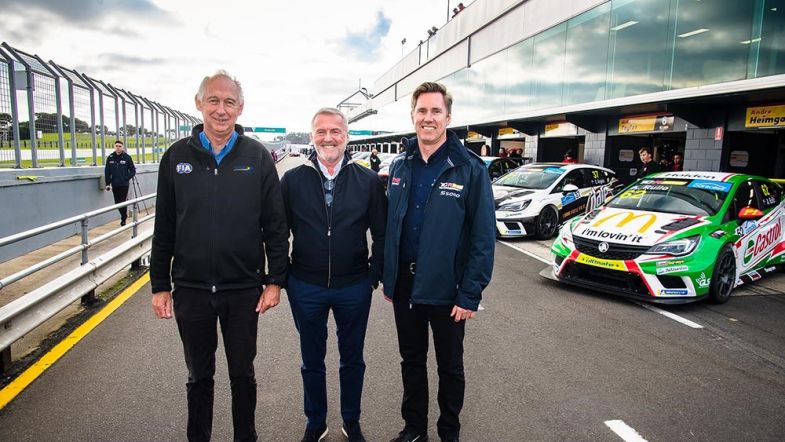 ANZ Motorsport Group, a subsidiary of TCR Australia series promoters Australian Racing Group (ARG), have been confirmed as the promoter of the forthcoming TCR New Zealand series, due to launch in early 2020.

WSC President Marcello Lotti was joined by ARG Director Matt Braid and Motorsport New Zealand CEO Brian Budd in announcing the multi-year agreement prior to the opening race of the TCR Australia round at Phillip Island this weekend.

The arrangement will see a close relationship between the burgeoning TCR Australia Series and TCR New Zealand, with a mandate to avoid date clashes between the respective series hoped to create cross-series participation in the future.

“We are very happy that the Australian Racing Group has been selected to promote the new TCR New Zealand Championship from next year,” said WSC President Marcello Lotti.

“Australia and New Zealand are so close together, so to have same promotor makes sense. From what we’ve seen how the Australian series has been run, then we have no doubt that New Zealand will be a huge success.

“This is a big win for the competitors, having two TCR Series so close together. There will be more opportunity to use their cars in the two championships.”

18 cars are contesting the second round of the TCR Australia series at Phillip Island, with up to 22 expected at Round 3 next month. At least 10 cars are already in New Zealand with today’s announcement set to grow that number.

The introduction of the New Zealand category comes following an extensive review of the countries motorsport landscape that identified a position in the market for the global Touring Car category.

“We are finalising all contractual details at present, and expect the ANZ Motorsport Group will quickly get to work to prepare for the debut season of TCR New Zealand in 2020.

“The response from competitors and teams to our announcement that the TCR category was coming to New Zealand was overwhelmingly positive. TCR New Zealand fits nicely into our structure of premier saloon car race categories and offers competitors the chance to race market-relevant cars under an international formula. We expect that this confirmation of the series promoter will provide competitors with confidence to push ahead with plans to compete in the New Zealand TCR series when it commences next year.”

“We’ll be able to take our learnings from TCR Australia to TCR New Zealand for the benefit of all local race teams, competitors, fans and the media and develop additional opportunities that overseeing both series allows us to,” Braid said.

“By aligning both TCR Series with no date clashes between the calendars, all TCR competitors in the region will have the opportunity to compete in both the New Zealand and Australia series.

“The ANZ Motorsport Group is currently working with MotorSport NZ and Speed Works Events Ltd to formulate a racing calendar for the 2020 New Zealand motorsport season and is planning to have New Zealand-based resources to manage the category locally.”