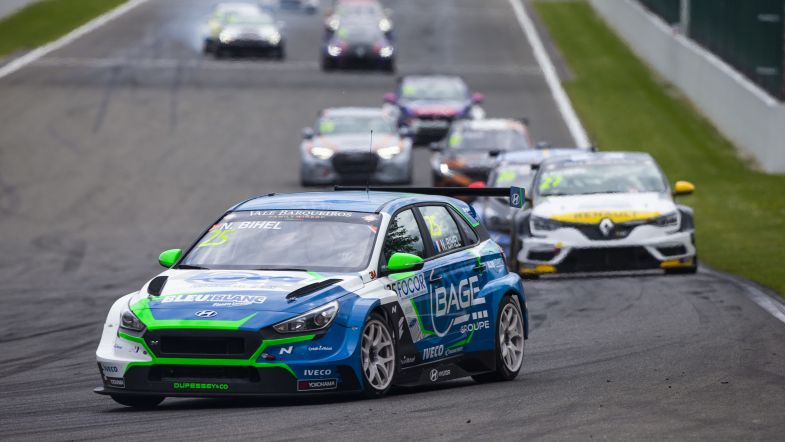 M Racing’s Natan Bihel has hit out at the driving standards displayed during the TCR Europe weekend at Spa-Francorchamps after his Race 2 ending contact with Josh Files.

A mistake in the first segment of qualifying on Saturday left Bihel down in 21st on the grid for both races, leaving the Frenchman having to fight through the field in a bid to score points.

Doing the same was former points leader Files, who started from the back of the grid following his Race 1 retirement and subsequent engine change. Eager to make ground, Files tapped Bihel into a spin o the run down towards Eau Rouge, pitching the latter’s Hyundai i30 N TCR hard into the barriers.

Bihel told TouringCarTimes: “There was way too much contact [in that race]. It wasn’t a race, it was a load of nothing. I was going to the descent to Raidillon and I was pushed from behind.

“It’s just unacceptable to push a car on the straights. Touring Cars have a lot of contact yes, but there it was way over the limit.”

The stewards investigated the incident, but decided no further action was to be taken.

Bihel however, was in no doubt on whom he placed the blame following a litany of incidents throughout the safety car affected race.

“You need to ask the drivers who are doing this nonsense,” he said. #

“Yesterday it was quite a calm race because normally there is quite a bit of contact. Compared to today, it was good.

“It was completely the wrong spirit [of racing], I don’t really know what to say. The guys who did it are the ones to ask, they are unhinged.