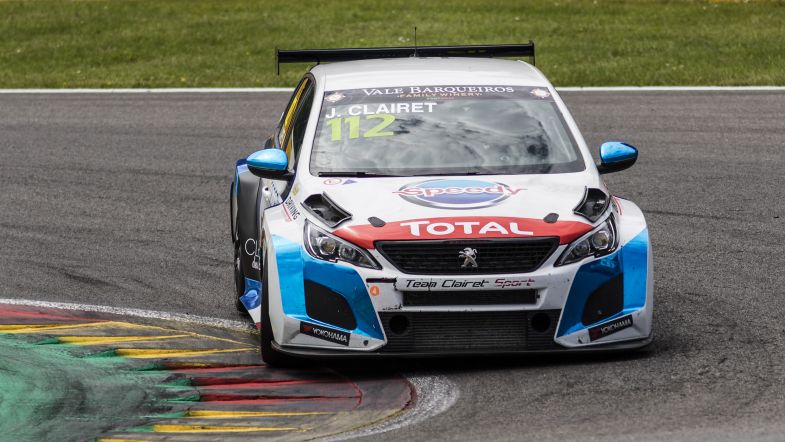 Jimmy Clairet has lost his podium result for the second race at Spa-Francorchamps, after the French driver was given a 30-second penalty for his incident with Hyundai’s Dusan Borkovic.

The Team Clairet Sport driver had made contact with Borkovic’s Target Competition Hyundai on the way into Les Combes at the restart on lap six as they were battling for second.

Borkovic went off and eventually retired, while Clairet went on to finish second, his best result of the season after finishing fifth in the first race yesterday.

His 30 second penalty now drops him to 23rd in the final order and outside of the points, promoting Mat’o Homola and Andreas Bäckman to second and third place.