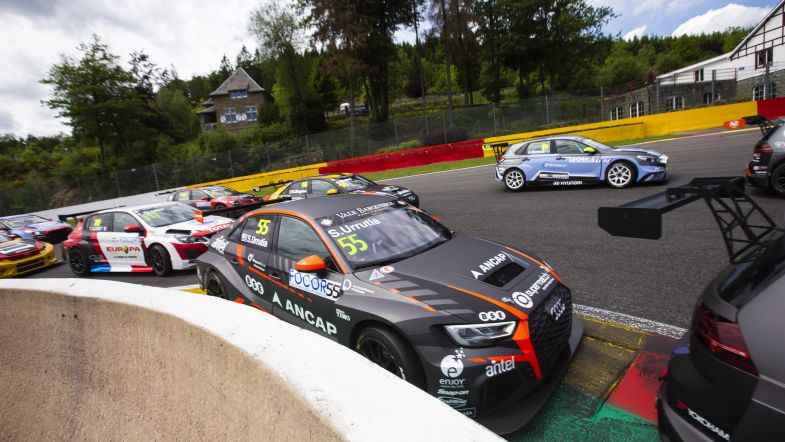 Santiago Urrutia has been handed a second penalty by stewards following the conclusion of the TCR Europe meeting at Spa to further hamper the Uruguayan’s title challenge.

Urrutia lost vital championship points as a result of a 30 second penalty that was handed down as a result of contact with the fellow Audi driver Gilles Magnus during Sunday’s race.

On top of that, Urrutia has now been handed a grid penalty for the next round of the season in Austria for his involvement in the incident that at Les Combes that saw Tom Coronel and Stian Paulsen go off.

The penalty will see Urrutia drop five places on the grid for the opening race at the Red Bull Ring.