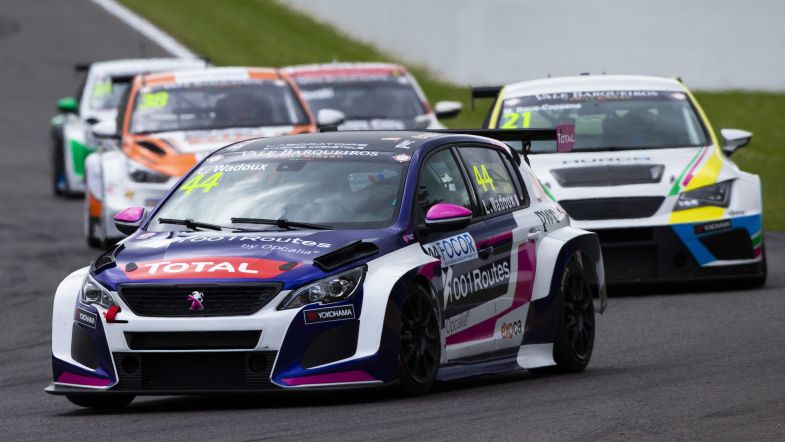 JSB Compétition driver Lilou Wadoux says she is lucky to have escaped without serious injury following her dramatic retirement from TCR Europe series Race 1 at Spa-Francorchamps.

Wadoux barrel-rolled her Peugeot 308TCR at Stavelot on the final lap of the opening race after being hit by the Cupra of Abdulla Ali Al-Khelaifi as the Qatari came back onto the circuit following an off.

The teenager was taken to the medical centre at the circuit initially, before a trip to Verviers hospital for further precautionary checks. Thankfully, Wadoux’s visit reported no serious injuries and the driver from Amiens returned to the track ahead of Sunday’s second race.

“I just have some bruises from the accident, but other than that, I am okay,” Wadoux told TouringCarTimes.

“It was a big accident and I am quite lucky. We will have to see about the car and whether we have the budget for the next race. There is a lot of damage but now is not the time to think about that.”

“The other driver went off in front of me and I couldn’t avoid him when he came back on.”

JSB Compétition team owner Julien Briché confirmed that the chances of Wadoux’s car making it out for the next round at the Red Bull Ring in Austria depended on how much money is spent on the rebuilding of the car.