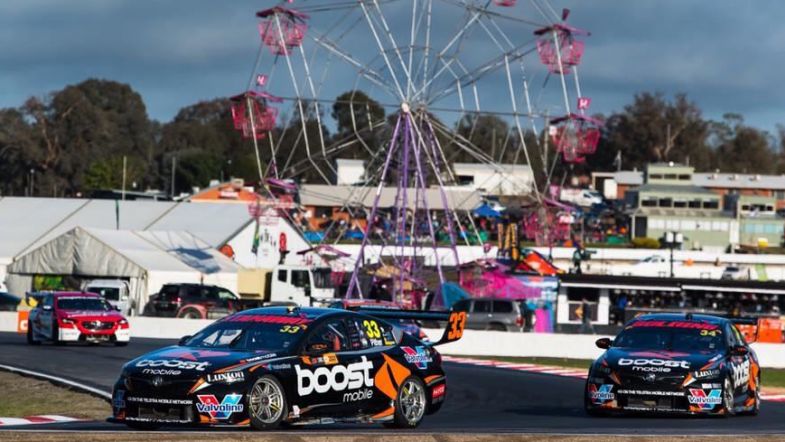 Richie Stanaway will miss out on running in this weekend’s Supercars Championship Darwin Triple Crown thanks to an ongoing neck injury which has already sidelined him this year.

The Garry Rogers Motorsport driver sustained an injury to his neck in 2012 at Spa-Francorchamps which came up again at a test day at Winton, resulting in him having to give up his seat in Sunday’s Winton SuperSprint.

2018 Super2 Champion and GRM endurance driver Chris Pither took the helm of Stanaway’s car at Winton, equalling his fellow Kiwi’s best finish of the season with a 14th place at the end of Sunday’s 200km race.

Garry Rogers Motorsport issued a statement today saying Pither will again be driving the Boost Mobile Racing Commodore while Stanaway recovers ahead of the Townsville 400.

“Following Richie’s medical withdrawal from Race 14 of the Supercars Championship at Winton Raceway, he has been undergoing treatment from Supercars doctor, Dr Carl,” said the statement.

“Due to the recurrence of neck issues originating from a high speed accident at Spa in a Formula Renault 3.5 in 2012, he has been advised by Dr. Carl and a neurosurgeon to undergo further treatment to be fit and race ready for Townsville.

“Since Winton, Richie’s health had been improving on a daily basis, yet he suffered a set back a couple of days ago.

“As per Winton, Richie’s Enduro Cup partner and GRM TCR Driver, Chris Pither will fill in for Richie and race the #33 Boost Mobile Commodore at Darwin.”

Sitting last of the full-time drivers in the points standings, Stanaway will be wanting to make a full recovery soon to keep himself in the series going forwards.