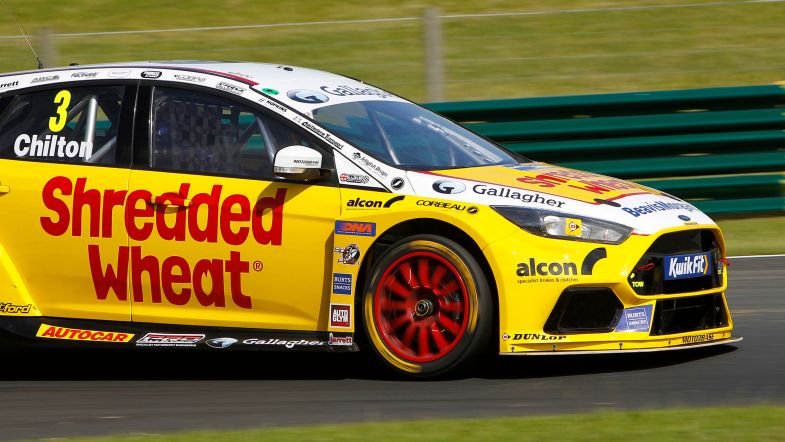 Tom Chilton opened his win account for the 2019 BTCC season with victory in the final race of the weekend at Croft.

The Motorbase man had started from pole thanks to the reverse grid draw and led from start-to-finish in tricky wet conditions after heavy rain hit the circuit prior to the start.

Chilton controlled the race from the front having maintained his advantage over Josh Cook off the line, with the pair able to break away at the front alongside Jason Plato having elected to go with wet tyres; a decision that applied to most of the field.

Whilst Chilton was never seriously troubled en-route to victory, Cook would come under pressure from Plato towards the end but held on to secure second spot ahead of the former champion.

The fight for fourth would be a more frantic affair however, with Andrew Jordan holding the place early on after a demon start from ninth on the grid.

The double winner would eventually slip back down the order as the race wore on, with Ash Sutton the person who would emerge as best of the rest after a fine recovery drive from a penalty that dropped him five places on the grid.

The Subaru racer had sat eighth after lap one but picked off the drivers ahead to end his weekend on a high, with Neal and Colin Turkington rounding out the top six – the latter having nipped ahead of Jordan alongside Rory Butcher late on.

Adam Morgan and Dan Cammish rounded out the top ten.

The mixed conditions led to a number of drivers towards the back going with slick tyres, with the exception being Tom Ingram – who went with slicks from the second row.

The Toyota man would plummet down the order on lap one however and by the time his tyres were starting to work, it was too late to make an impression and he could only make it up to 16th by the finish.