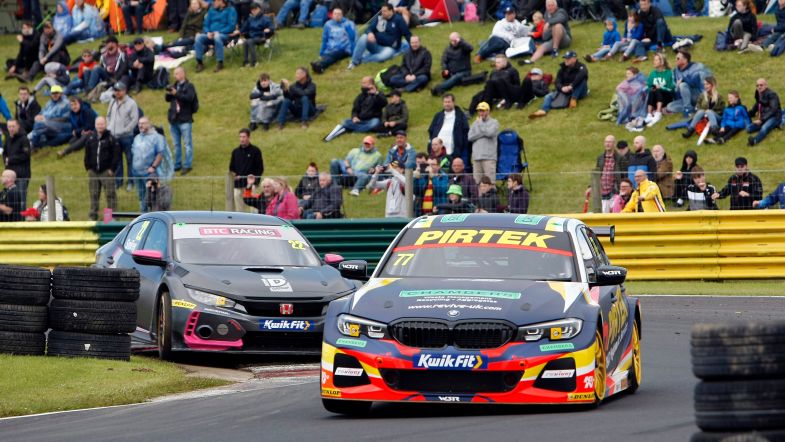 Andrew Jordan continued his remarkable run in the British Touring Car Championship with a second win of the day in race two at Croft – making it four victories in the past five races.

Jordan had once again started the race from pole at the wheel of his WSR-run BMW 330i M Sport and made the ideal start when the lights went out to vault ahead of Chris Smiley on the run to Clervaux and quickly set about building a lead as the Honda acted as the cork in the bottle behind.

The 2013 title winner soon had a healthy buffer over he the pack behind, with Smiley able to keep second spot until the fifth lap when pressure from Colin Turkington finally told through the Jim Clark Esses and allowed the defending champion through into second.

Turkington set about trying to chase down his team-mate out front and although he would close to within two seconds of the leader, Jordan had enough of a buffer to snare his second win of the day.

Behind the two BMWs, Smiley would race hard to try and keep his Honda on the podium but would ultimately lose out to the Team Dynamics-run cars of Dan Cammish and Matt Neal, the latter having charged his way through the field as the race wore on.

Smiley still looked good to take fifth until contact with Ash Sutton’s Subaru at the Complex on the final lap saw him spin off onto the grass – dropping him all the way down to 27th in the process.

Sutton therefore took fifth place ahead of Jason Plato’s Vauxhall and the Toyota of Tom Ingram, with Josh Cook, Tom Chilton and Aiden Moffat rounding out the top ten.