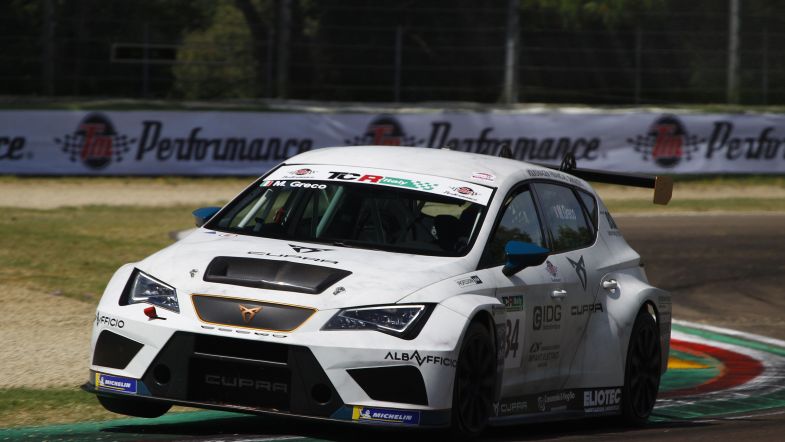 Matteo Greco headed three Cupras in a close qualifying session to claim pole position for the TCR Italy round at Imola.

The Italian headed Igor Stefanovski by a mere 0.061 seconds, with Team Wimmer Werk driver Felix Wimmer in third position, a further 41 thousands of a second behind.

Championship leader Enrico Bettera was best of the non-Cupra drivers in fourth position behind the wheel of an Audi RS 3 LMS, 0.108 seconds from pole position.

Salvatore Tavano claimed fifth position ahead of Target Competition driver Marco Pellegrini, placed second in the championship, who lapped the circuit in 1:52.810 behind the wheel of his Hyundai i30 N TCR.

The first race of the weekend starts at 16:15 CEST tomorrow.