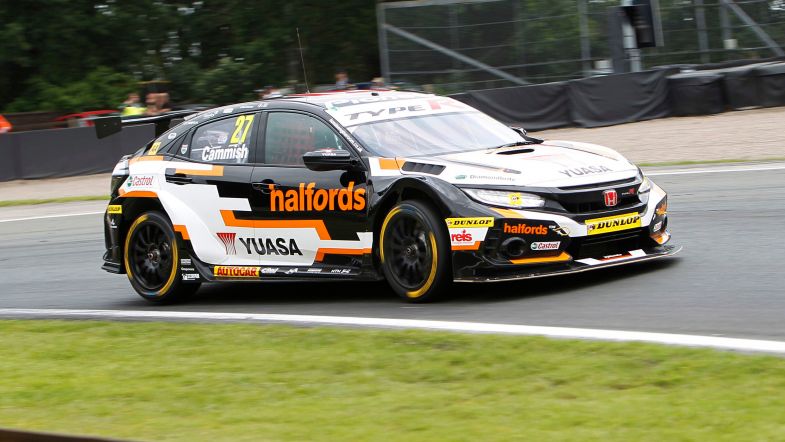 Cammish’s best effort of 1.26.505 in his Honda Civic Type R FK8 put him just 0.044 second ahead of Neal in the sister machine, with both setting their best times in the final quarter of the session.

AmD Tuning’s Jake Hill was an impressive third fastest in his Audi S3, just 0.169 slower than Cammish, with Power Maxed Racing’s Jason Plato continuing his strong form from the morning in fourth and Tom Oliphant the best of the West Surrey Racing BMW 330i M Sports in fifth.

The pair came together at Old Hall 10 minutes in, with Jordan returning to the pits with a damaged splitter and Simpson being towed back. The West Surrey Racing mechanics worked on Jordan’s car for the remainder of the session but were unable to get him back on circuit, leaving him 20th in the standings.

After the restart, Tordoff and Plato took turns at the top of the standings before Cammish hit the summit, with Neal joining him at the top in the last 10 minutes.

The scorching conditions from the morning showed no signs of abating, with air temperatures rising to north of 24 degrees and the track temperature nearly double that.