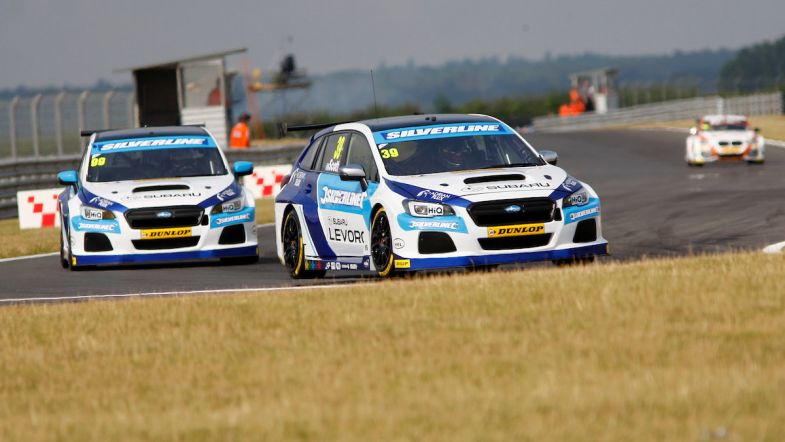 Team BMR boss Warren Scott will make his return to touring car competition this weekend after being named as part of an eight-car field for the latest rounds of the Touring Car Trophy/TCR UK championship.

Scott last raced a touring car in the final rounds of the 2016 British Touring Car Championship season at Brands Hatch, and has since focused on his role as team boss alongside outings in the British Rallycross Championship.

The 47-year-old will be at the wheel of a Subaru Levorg GT for the race weekend, which is one of four cars running in the TCT class alongside the Team Dynamics Honda of Henry Neal, Alex Day’s HMS Racing Audi A4 and the HSG Motorsport Ford Focus of Richard Woods – which will also be appearing in the series for the first time.

Four cars are set to compete in the TCR UK class, with Lewis Kent and James Turkington seeking to add to the class wins they secured last time out at Donington Park.

Turkington currently sits second in the standings after switching to a Cupra TCR with Ciceley Motorsport last time out – having run a León Supercopa at Oulton Park – with Kent in fifth place at the wheel of his Essex & Kent Motorsport Hyundai i30 N TCR.

Sunny Wong, who missed the last round due to commitments elsewhere, will be back in action at the wheel of the Teamwork Huff Motorsport Volkswagen Golf GTI TCR, with Darelle Wilson seeking to add to the double points score he picked up on his return to action at Donington in the DW Racing Vauxhall Astra TCR.