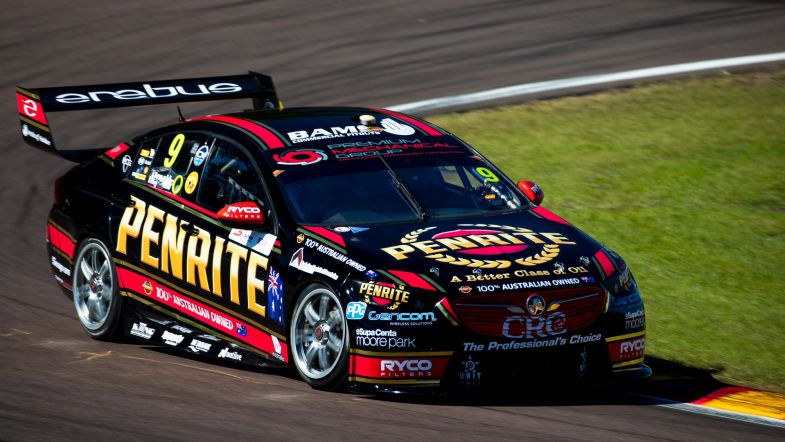 The Erebus Motorsport team have been put on notice after a bungled pit stop cost David Reynolds a potential podium finish in Race 17 of the Supercars Championship.

After starting from pole, Reynolds was fighting in the top three all race and was positioned well to be in the hunt between eventual winner Scott McLaughlin and second placed Jamie Whincup when he took his final pit stop.

A wheel nut issue on the left rear meant Reynolds suffered an agonisingly slow stop with the problem costing him a handful of precious seconds as the mechanics tried to diagnose and resolve the issue as quickly as possible.

Speaking on the telecast after the stop, team boss Barry Ryan was fed up after another bungled pit stop for the team this year.

“We can only train the guys before we have to replace them and find someone who can do the job better,” he said.

“We just spent a lot of money on brand new wheel nuts, brand new wheels, everything because we were told we needed new stuff so I don’t know. It’s just education, that’s all it’s got to be; we’ve got to educate our guys better.”

Speaking after the race, Reynolds was more reflective on the incident but disappointed at missing out on a good result after his first pole of the year.

“I lost ten seconds so I was probably good enough for third or fourth but who knows in those last couple of laps,” Reynolds said.

“That’s motor racing, everyone tries their hardest and sometimes it doesn’t happen for you.

“Some days you win some days you learn; today we learnt and we learned a lot to find out what we need to do. We will work harder overnight, there were some good parts and bad parts but we will come back better tomorrow.”

Reynolds still sits third in the championship standings, 507 points away from the lead and 60 points ahead of Tickford’s Chaz Mostert in fourth.