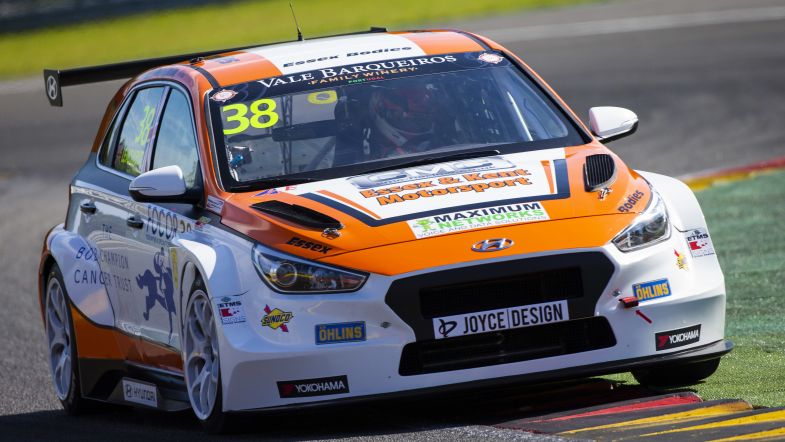 Kent dominated the 25-minute session in his Hyundai i30 N TCR and posted a best time of 1:23.903, with Turkington’s Ciceley Motorsport Cupra some 0.368 adrift.

Touring Car Trophy class runner Henry Neal led the way after the initial runs, with a time of 1:25.371. The son of BTCC veteran Matt Neal then improved on his time by over a second to head Sunny Wong’s Teamwork Huff Motorsport Volkswagen Golf GTI TCR.

Kent then went to the top of the times with a time of 1:23.555, some half a second faster than Neal before the red flags came out following a snapped driveshaft for Richard Woods’ Cupra on the back-straight.

Once action resumed, Kent extended his margin at the front by a further two-tenths over Wong who leapfrogged Neal by six-hundredths.

Turkington left it late to post the second fastest time; the Northern Irishman’s final lap of the session enough to get within three-tenths of Kent’s best effort.

Wong ended the session third, ahead of Neal and the Audi A4 of Alex Day. Woods’s early time was enough to secure sixth on the grid, while Darelle Wilson’s Astra TCR rounded out the field in seventh.

Race 1 is scheduled to take place tomorrow at 12:00 BST